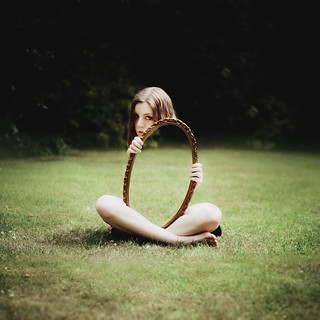 Um, so. Exciting times in the Ukraine seems to have got even more exciting. Is it possible to hope for a Happy Ending? If people will Work as if you live in the early days of a better nation then yes [*].

The Prez is fled, and the Beeb says Ukraine crisis: Crowds descend on Yanukovych house where they find the usual opulence; somewhat reminiscent of Gaddafi; I was cautiously hopeful then but I’ll hope the Ukrainians manage better. Lenin statues toppled in protest Aunty continues, which has ominous echoes of the disaster area that we made of Iraq; not that the statue-toppling was the problem itself; indeed the people’s joy is clear.

The Prez has declared this a coup and scarpered to Eastern Ukraine, whilst simultaneously declaring “he has no intention of quitting”. Declaring a coup, and hoping for the Russkie tanks to restore him to power sounds like his best hope; but is it a runner? Miriam says Yes: she thinks “Russian armed forces, on Ukrainian soil, within two weeks” (she declined to say “tanks over the border”, though I think that’s the only way they can do it, if they want to). I say No. perhaps more in hope than in judgement, but my reasoning would be: this is all unexpected. No-one is in place to react quickly. Invading (sorry: “restoring the democratically elected Prez”; note that the FT says he was constitutionally removed, but I’m sure that can be finessed by sufficient firepower) is very risky, and could go terribly wrong for Putin. Whereas doing nothing except fomenting a bit of bother, and hoping it all goes horribly wrong, is not very risky(he looks a bit stupid and somewhat dissed, but its far from fatal).

[*] Well I suppose I should say that whilst I like Alasdair Gray’s books and the slogan itself is beautiful and apt, I don’t agree with the politics in his article.

Updates: there’s some interest in the sequence of events. As far as I can see, the xPrez’s departure was shockingly abrupt. One moment his thugs are sniping from the rooftops, the next he’s run away to the Crimea, having failed to run away to Russia.

My version or speculation of this: he was always a rather low-grade thug type; unlike the deeply-dyed-in-evil types like Putin or Assad. And the Ukraine isn’t a barbarous state. So the army wouldn’t go into Maidan, resorting to sniping forced people at the top to take sides, and too many of them just didn’t want to be on the xPrez’s side. Who would want to live in a state he was dictator of?

Now the Russian thugs are making mafia-like noises – Putin’s sockpuppet has been wheeled out – but Putin himself perhaps more wisely stays silent.

29 thoughts on “Ukraine: Work as if you live in the early days of a better nation”