Every autumn I think – too late – that its about time I looked at my bees, took off some honey, and put on the Apistan strips. Ideally this would be done in late August, I think, because the Apistan needs to come off 6 weeks later, and once you get much into October the weather gets unfavourable to opening the hive(s). 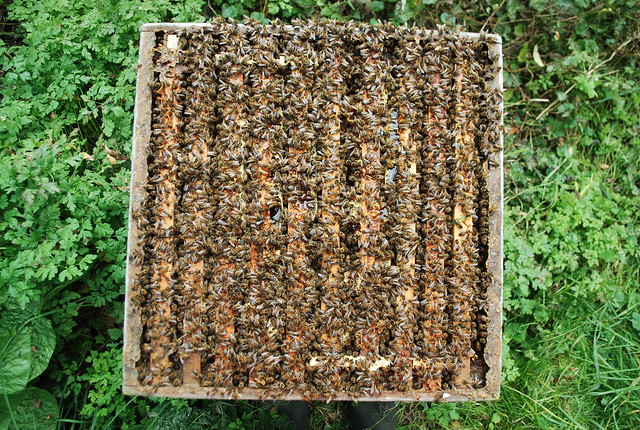 But every year summer is too busy, so lets not complain. Here we see the main hive, with the supers and queen excluder removed. There are plenty of bees, so that’s good. And the bees are still bringing in pollen, which tends to mean they are happy: 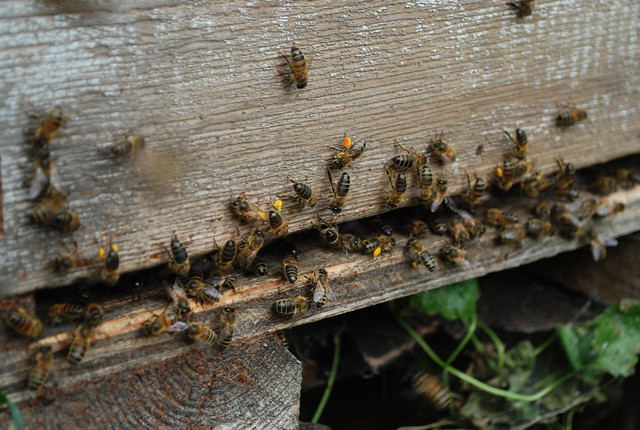 What’s not so good is that there is very little honey in the supers. The brrod box, briefly and tentatively examined, seemed fine; but the top super was empty and the other had only a few frames filled. 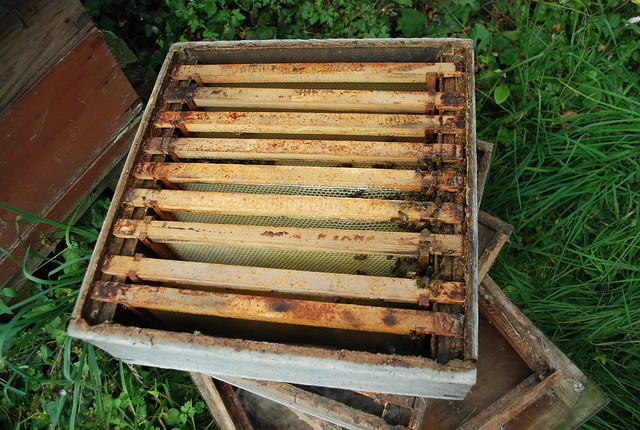 I’ll just have to hope they have a good autumn I suppose. For my reference, here’s the main hive. Also one of my hive has a cute slopey room and something keeps on removing the metal grill. Probably birds looking to nest within, grrr. See-also the pix from May.

That was the main hive. The secondary, a swarm from May dumped on top of some visitors, still seems to be going well, and might even survive the winter. I carelessly neglected to put in a queen excluder, but I think I’ll sort that out next spring if necessary.