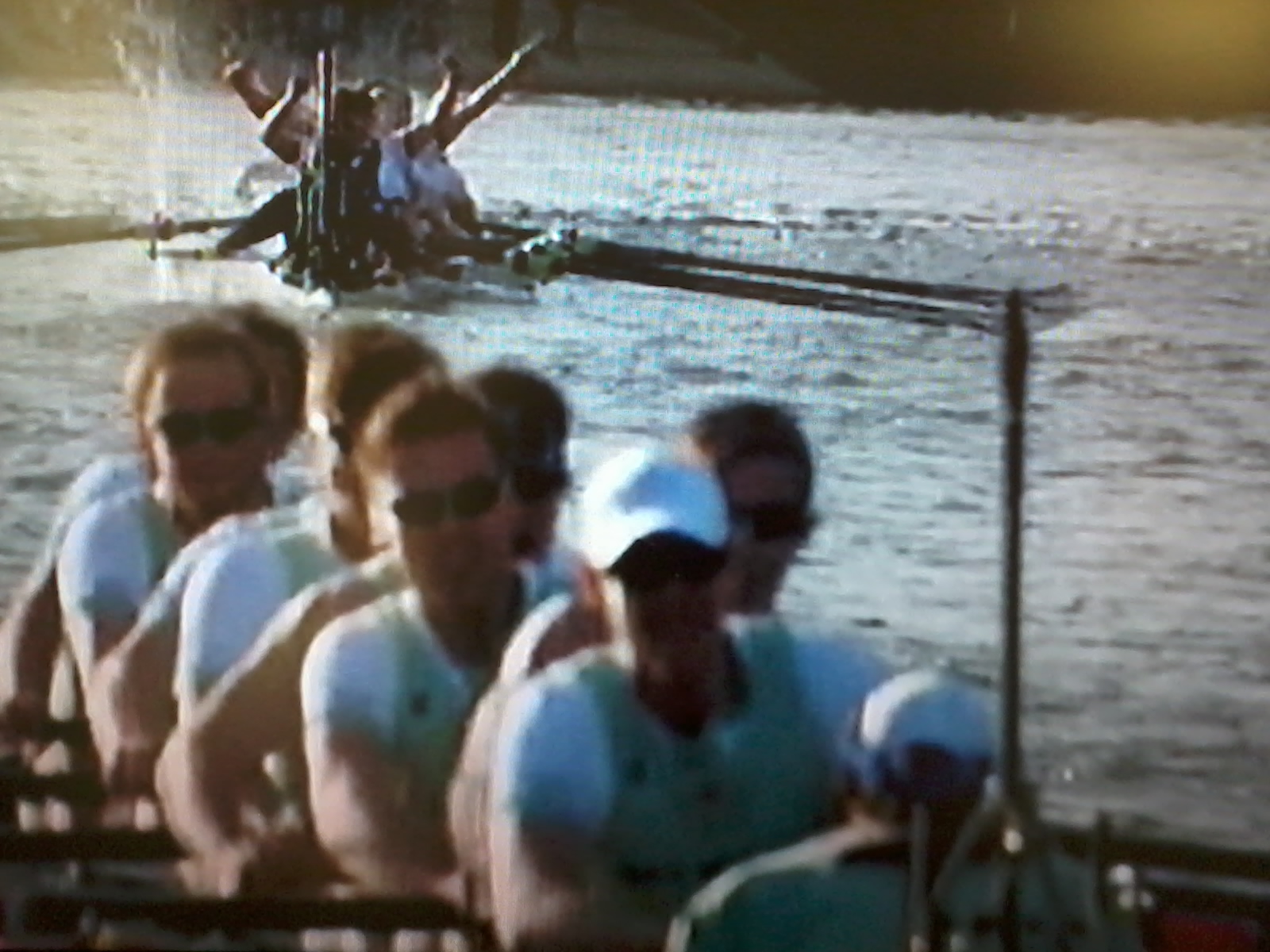 Good race, too, at least for the first half. Oxford up a few seats off an untidy Cambridge start, then they pull back, and I thought we’d lose it round the bend but no. Got very tense, boats close together. And then suddenly just after Hammersmith: whoompf and they’re through, and Cambridge can eat our puddles. Cambridge seemed to make a meal of the headwind: lots of water flying around off their blades but not off Oxford.

And the women won too.

Cambridge it finding rough going after Hammersmith. At this point Oxford are about to get clear water, but haven’t yet moved over. Five strokes later they have half a length of clear water and are directly in front of Cambridge. 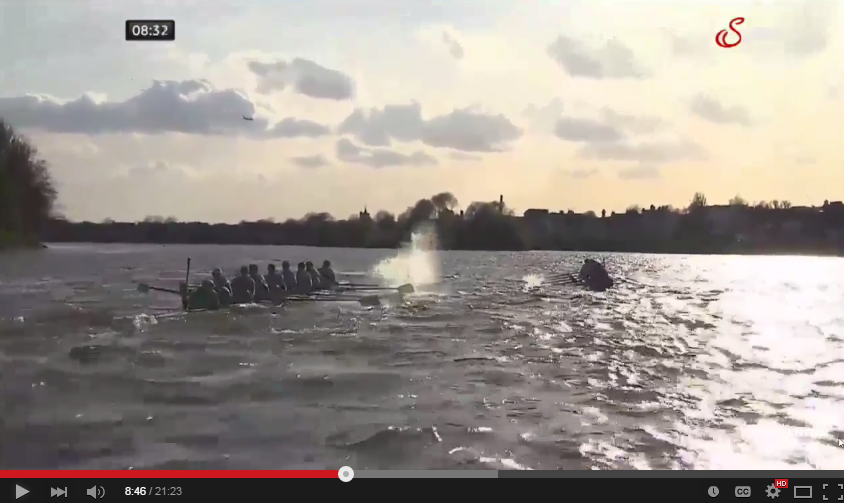 [Update: interesting and perhaps more informed comment from the Cambridge rowing messageboards: “CUBC went out harder to stay with OUBC and ran out of steam after half way – this is how a slower crew HAS to race it – if you are side by side with another crew you can capitalise on mistakes/force the other cox to think harder about steering etc.” That’s also consistent with what I saw, and with the end: Cambridge were just out of puff.]

* Official race report.
* Youtube, but its in Foreign.
* A somewhat less prestigious victory from 2009, in a category I’m happy to say I’m no longer eligible for.
* Support Continental Movement!