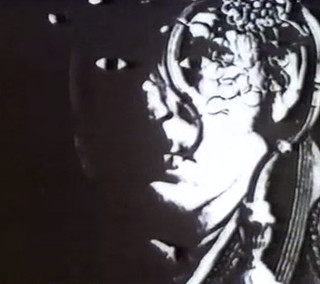 It am de Pope, he be at it agen. Dere be no stopping dis righteous Pontifex. Just for the moment, he’s saying things that I broadly agree with, but that doesn’t mean I’m going to start being happy with religious authority.

There was a one-day “seminar” or “workshop” or “event”, Protect the Earth, Dignify Humanity. The Moral Dimensions of Climate Change and Sustainable Humanity on Tuesday the 28th (alas for them, and for numerous folk in Nepal, there was a disastrous earthquake the same day), hosted by The Pontifical Academy of Sciences (as they tastefully put it, Founded in Rome on 17 August 1603 as the first exclusively scientific academy in the world by Federico Cesi, Giovanni Heck, Francesco Stelluti and Anastasio de Filiis with the name Linceorum Academia, to which Galileo Galilei was appointed member on 25 August 1610, it was reestablished in 1847 by Pius IX with the name Pontificia Accademia dei Nuovi Lincei, without otherwise mentioning the G-word; and no, don’t try the G-comparison because you’ll certainly get it wrong).

As a one-day event it was no scientific heavyweight. There was a one and a half hour panel on “Evidence on social exclusion and climate science”, others on “Justice and Responsibility” and “Practical aspects from local to global” and finally on “Eliminate Human Trafficking and Resettle its Victims: Next Steps Towards Sustainable Development” which seems only peripherally connected to the main theme. As far as I can tell, the day was held not to reach conclusions – inevitably, those had been reached behind the scenes some time ago – but to bless the conclusions already made.

Which makes the antics of the denialists ever more weird. Marc Morano appears to think that the Pope might be listening to him. Of course he isn’t; he – or his advisers – have heard from the denialists before, and know full well that they have nothing to say. All that linked post shows is the surprising shallowness of the “skeptic” bench they were able to bring.

I ought to say something about “authority”. One of the best “FUD” tactics of the denialists is to insist that you can work all this stuff out for yourself. That you can start from first principles, sometimes even from raw data, and draw your own conclusions. That version is nonsense; the value of it is that people believe it out of ego, and when they find it leads nowhere they blame the science not themselves and end up “skeptical” of the science, which is the denialist goal. But even the version that says you can start off by just reading the raw research papers and form your own conclusions isn’t really believable for more than a tiny few outside the charmed circle of science. Most people are inevitably going to be accepting someone’s authority either for the whole thing, or for bits they don’t have much contact with. Sane people do that by reading, to a greater or lesser depth, the IPCC reports. Mad, lazy or ignorant people do it by reading newspapers. You can do it by reading blogs, of course, but only if you read the right ones :-). Or wikipedia in fact. And you can do it by reading what authorities that you trust have read; which is where da Pope comes in. But you’re still better off reading the IPCC than listening to him.

What did they say?

Oh come on, I didn’t read the details, but the closing statement is the thing, available from here (but that doesn’t copy well, so you may prefer this version):

and so on; you get the idea, I’m sure. The rather more extended statement starts(my bold)

This century is on course to witness unprecedented environmental changes. In particular, the projected climate changes or, more appropriately, climate disruptions, when coupled with ongoing massive species extinctions and the destruction of ecosystems, will doubtless leave their indelible marks on both humanity and nature. As early as 2100, there will be a non-negligible probability of irreversible and catastrophic climate impacts that may last over thousands of years, raising the existential question of whether civilization as we know it can be extended beyond this century. Only a radical change in our attitude towards Creation and towards our fellow humans, complemented by transformative technological innovations, could reverse the dangerous trends that have already been set into motion inadvertently.

That’s all a bit over-emotional for the likes of me, though doubtless others will like it.

There’s a section of a fuller statement called “Recommended measures: climate mitigation”. Most people tend to get mitigation a bit wrong, and forget what it is, and confuse it with adaption (mitigation is making the change itself smaller or less bad; adaption is making our responses less bad). The Vatican don’t disappoint in this regard, since point 3 of “Mitigation” is “Prepare especially the most vulnerable 3 billion people to adapt to the climate changes… that society will be unable to mitigate”. Oh well. Otherwise, its the usual, but they can’t bring themselves to mention Carbon Tax, which is a shame.

Winding up the wackos

Naturally enough this is winding up the wackos. There’s a long stream of posts at WUWT of which the most recent I’ve seen is To whom does a Christian owe their loyalty? which starts, in traditional fashion, by getting the G-story wrong and continues, well, it becomes less coherent after that. I think the Watties are underestimating the ability of religious folk to pick-n-choose; but there does seem to be a certain desperation in evidence; is it possible that Catholics might choose to trust da Pope, rather than putting their trust in his holiness Anthony Watts? Is it even possible that AW is feeling some discomfort in holding so clearly at variance with the head of what he tells us is his faith? Well, never mind. We can always wait for the promised encyclical.

Remember, the G-problem was timing (well, amongst other things). The church, at the time, would have had no great problem switching from geocentrism to heliocentrism, had there been incontrovertible proof, which there wasn’t. Had there been no risk of proof of the correctness of geocentrism, which at the time there was no certainty of absence, if you see what I mean. What they didn’t want to do was switch to heliocentrism, then flip back again; that would have been like mega-embarrassing. The last thing they need is another such episode, which is why they’ll want to be absolutely sure of what they end up encycling.

I’ve just noticed a bit in the Beeb article which speaks to this point: Bishop Marcelo Sanchez Sorondo, who heads the Academy, said the Encyclical would not be the highest level of proclamation from the Pope, which is reserved for issues of Faith. But he said it was important for all the world’s 1.2 billion Catholics to take it seriously. If any Catholic wanted to ignore it they would need “very good reasons – based not on personal or political opinion, but on science”.

*Climate Denial Crock of the Week with Peter Sinclair: “The Pope: Not a Scientist, But Listening to Science” seems sane.
* Climate Change and the coming Encyclical – an unusual WUWT article: mostly sane, and to some extend informative.
* The Economist are fairly boring.

13 thoughts on “Protect the Earth, Dignify Humanity. The Moral Dimensions of Climate Change and Sustainable Humanity?”