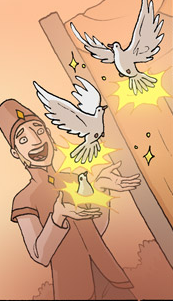 Its all over bar the tidying up; see Wikipedia:Arbitration/Requests/Case/Sockpuppet investigation block/Proposed decision – which, somewhat confusingly, is the real decision. Chase-Me is stripped of all priv: CheckUser, Oversight and (once Arbcomm grew a spine) Sysop too. Oh, and independently, Contribsx is unblocked. See my prior post for context. The page I’ve linked to contain the “findings of fact” in this case; most of them are fairly self-explanatory, one that is worth pulling out is

And if you don’t know how to read that, its saying he lied to people about what was going on. That’s essentially what I said in my last post: and you’ll see it if you look back on his statements: he made things up post-fact to fit his own personal view of events, and that didn’t usually correspond to reality.

Note that Arbcomm made no substantive findings about the connection between Contribsx and any person, because it isn’t possible to; that, after all, is part of the point. Note also that Arbcomm deliberately engineered the timing of the case to make sure that the result was published after the UK general election was over; I think that was cowardly of them.

Note also that Chase-Me (Richard Symonds) true crime, from the wiki point of view, was leaking non-public information that he had access to via checkuser. That right allows you to see things like (well, mostly) IP addresses of registered users, which is close to geolocation. And youre only given access to that information if you promise to use it only for The Good. And leaking it to the Graun is, oddly enough, not considered The Good (except by the not insubstantial minority whose logic works like: Grant Shapps is a Tory; therefore he had it coming; therefore anything done against him must be the Good).

What the papers say

This being wiki, there’s a section for the case in the upcoming edition of the Wikipedia Signpost with media coverage.

The Graun goes with Wikipedia volunteer faces reprimand over ‘Shapps account’ investigation which isn’t exactly accurate. Being de-CheckUsered, de=Oversighted, and de-Admined is a bit more than a reprimand. But the Graun has been fed with stuff from Chase-Me’s camp, so can’t be expected to be unbiased. They also win the not-a-prophet award for It looks unlikely that Symonds will be “desysoped” and lose all rights as an administrator on Wikipedia – though to be fair at one point the vote was 4-4; it was only when lots of people pointed out how unacceptable Chase-Me’s behaviour was that a couple swapped sides.

Auntie is more accurate, with Censure for Grant Shapps’ Wikipedia accuser. As to the rest, its about right.

Amusingly, the Guido fawkes blog, which reported the Arbcomm decision first, has been accused of puffing its own stuff on wiki too.

4 thoughts on “Wikipedia:Arbitration/Requests/Case/Sockpuppet investigation block: aka Chase-Me and Grant Shapps”