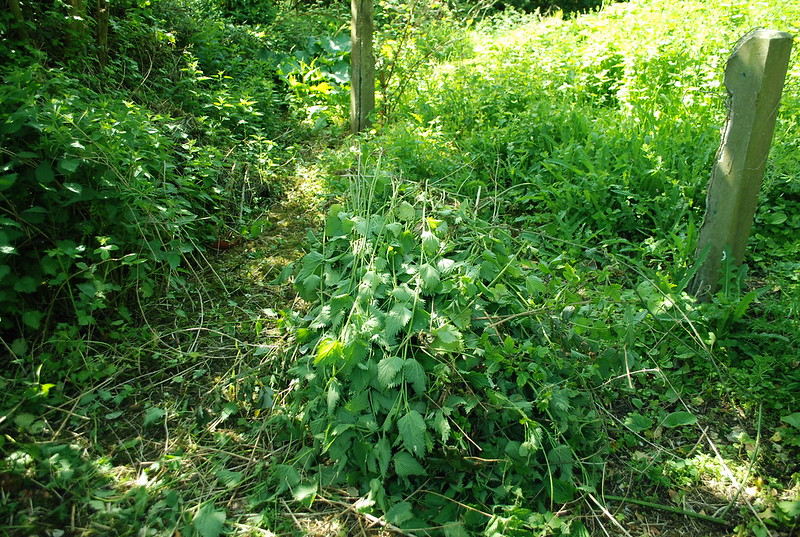 This post was originally about Laudato Si. But it took ages to write, and then James wrote something incomprehensible [Update: CIP explains] which expressed some of the snark I was going to use; so I don’t need to do that bit. And then ATTP wrote yet another post about the Ecomodernists.

The bit where I agree with James

Mostly the bit where he says giving him too much credit risks much the same on the other side, e.g. when he makes his next reactionary outburst. I feel much the same way when, e.g., Prince Charles says something about the environment. And everyone who happens to agree with what he’s said that time all say “yay!” forgetting about all the talking to plants nonsense.

RC have a rather gushing post by Brigitte Knopf: a pioneering political analysis with great explosive power. Meh.

Starting off reading Laudato Si I was all ready to be full of snark, because well he’s Da Pope. But fairly quickly I began to revise my opinions, because the whole thing is so obviously sincere. And rather than what I expected – a text heavily rewritten by multiple Vatican committees – I began to feel that the thing was indeed largely written by the said One Man. Although not just because of the tone; a committee would have been more coherent and careful and made fewer mistakes. So being sincere and noble is great; but it doesn’t make you right. And then my opinions swung back, because while he’s got much of the global warming stuff right – arguably, its not difficult, so he doesn’t get much credit for that – there’s a lot else wrong.

Plucking out a few bits

It is remarkable how weak international political responses have been. The failure of global summits on the environment make it plain that our politics are subject to technology and finance. There are too many special interests, and economic interests easily end up trumping the common good and manipulating information so that their own plans will not be affected… The alliance between the economy and technology ends up sidelining anything unrelated to its immediate interests. Consequently the most one can expect is superficial rhetoric, sporadic acts of philanthropy and perfunctory expressions of concern for the environment, whereas any genuine attempt by groups within society to introduce change is viewed as a nuisance based on romantic illusions or an obstacle to be circumvented. Some countries are gradually making significant progress, developing more effective controls and working to combat corruption.

Notice the suspicion of technology: our politics are subject to technology and finance. That seems a rather odd diagnosis. I admit I’m somewhat pro-tech biased, but even so. The use of the word “finance” is odd too; I think that means “finance, as in the financial industry” aka banks, hedge funds, and so no; not “finance as in people with money”. In which case he’s wrong. Also the “working to combat corruption” doesn’t really make sense; yes there is some, but the reasons why say the US has never signed up to say Kyoto are not corruption; its because most US-ian people don’t want it.

There are flaws in the economics too. Timmy points out one; I’ll add A simple example is the increasing use and power of air-conditioning. The markets, which immediately benefit from sales, stimulate ever greater demand where its all “the markets” fault; not the firms selling the stuff, not the people buying the stuff, oh no, its all the fault of the vague amorphous markets.

A variety of opinions

On many concrete questions, the Church has no reason to offer a definitive opinion; she knows that honest debate must be encouraged among experts, while respecting divergent views. I quite like that. He’s not going to offer opinions on rather a lot of things.

Still, we can see signs that things are now reaching a breaking point, due to the rapid pace of change and degradation… but this one I disagree with, mostly. This is the “tipping points” mentality. I think its an attempt to short-circuit the debate: “look, we might fall off a cliff, act now!” But while it might be like that, there’s no good reason to think it is; more likely its a long slow slope downwards.

How much does all of this matter?

I don’t know. One way of trying to think about it is provided by Brian at Eli’s: What Catholic opinion on the death penalty tells you about the encyclical’s future effect.

Is there anything to be had from the comparison with the Heliocentrism affair from a while back? A facile “the church sometimes gets it wrong” isn’t very helpful. The church is nominally inspired by God, and therefore can’t afford to be blatantly wrong, much. Otherwise they look silly. Russell Seitz’s deja vue from Vatican too is interesting. So, they will move slowly and cautiously. But that means, if you believe that, the encyclical really is the result of considered caution, and is very unlikely to be substantially wrong (errm, other than about the economics, but as I’ve suggested that was probably an underthought).

All of this returns to the “how do you know what to believe on GW”? Dismissing what Da Pope said because he’s not a scientist is silly; any one scientist doesn’t know all the science, anyway, so would just be giving their own personal well-informed opinion. You don’t want any one scientists opinion; you want the careful reflection and summation of many thinking people’s opinions. We already have that: the IPCC reports. But if you start from the outside, you’re then at “how do I know I can trust the IPCC”? Since Da Pope is mostly giving the IPCC line, any one of the many Catholics who are prepared to trust Da Pope to have thought this through carefully and consulted appropriately now has a “source of trust” or whatever one calls it.

Chapter 2, which Sou dismisses as “for the religious. I skipped over it. Lots of Jesus-speak etc.” is some attempt at philosophical underpinning. After all, Gen 1:28 says “and God said unto them, Be fruitful, and multiply, and replenish the earth, and subdue it: and have dominion over the fish of the sea, and over the fowl of the air, and over every living thing that moveth upon the earth” and so, as usual, the bible can be used to justify almost anything (and Da Pope provides Da Usual answer, “oh well yes some Christians say that and yes the bible does say that but “biblical texts are to be read in their context, with an appropriate hermeneutic” and so on).

Da Pope re-interprets this as human life is grounded in three fundamental and closely intertwined relationships: with God, with our neighbour and with the earth itself. According to the Bible, these three vital relationships have been broken, both outwardly and within us. This rupture is sin. The harmony between the Creator, humanity and creation as a whole was disrupted by our presuming to take the place of God and refusing to acknowledge our creaturely limitations.

I don’t know what that is supposed to me, though. I think you could supply many different interpretations of the interpretation; the only definitive one is “when we said ‘dominion’ and ‘subdue’, we didn’t mean it”.

There’s also other living beings have a value of their own which is nice; unfortunately he follows on with in God’s eyes which I could have done without, but meh.

I also don’t know what The principle of the subordination of private property to the universal destination of goods, and thus the right of everyone to their use, is a golden rule of social conduct and “the first principle of the whole ethical and social order” is supposed to mean. Clearly, its not a call for action; its more mood-music.

I started to lose patience somewhere around here.

This subject makes every effort to establish the scientific and experimental method, which in itself is already a technique of possession, mastery and transformation… It can be said that many problems of today’s world stem from the tendency, at times unconscious, to make the method and aims of science and technology an epistemological paradigm which shapes the lives of individuals and the workings of society.

WTF? the scientific method is a technique of possession, mastery and transformation – this is the kind of nonsense that the right-on sociologist types spout.

It becomes clear that The Man has a vision of mankind returning to smaller-scale life; its a vision, not any kind of coherent scheme:

In order to continue providing employment, it is imperative to promote an economy which favours productive diversity and business creativity. For example, there is a great variety of small-scale food production systems which feed the greater part of the world’s peoples, using a modest amount of land and producing less waste, be it in small agricultural parcels, in orchards and gardens, hunting and wild harvesting or local fishing.

Increasingly, I read it as shaped – too much, for my atheist tastes – by the view that Man is arrogant because of separation from God, and the cure is Religion. I don’t mind the Pope believing that, but too much of the text is warped, subtly or otherwise, by that view.

And this starts to compare – unfavourably – with Ecomodernism, which happily comes to my notice as close to the inverse of this. They are proposing an intensification of cities, and a separation from Nature rather than closer integration with it. I added some comments to ATTP’s post, so I won’t repeat them all here, except to say that I’m not at all happy with the rather important energy section, and to quote the bit I quoted there as something I liked:

Intensifying many human activities — particularly farming, energy extraction, forestry, and settlement — so that they use less land and interfere less with the natural world is the key to decoupling human development from environmental impacts… Cities occupy just 1 to 3 percent of the Earth’s surface and yet are home to nearly four billion people. As such, cities both drive and symbolize the decoupling of humanity from nature, performing far better than rural economies in providing efficiently for material needs while reducing environmental impacts… These patterns suggest that humans are as likely to spare nature because it is not needed to meet their needs as they are to spare it for explicit aesthetic and spiritual reasons.

That wasn’t very coherent, was it?

No, sorry. I ended up with quite a few things to say but not the patience to shuffle them into a good order. Never mind, you can do that in your head.

If you’re wondering, the pic at the top is from the bottom of my garden, or nearly. I’ve got quite a lot of nature, and could probably do with a bit less. Some of its nice, though. 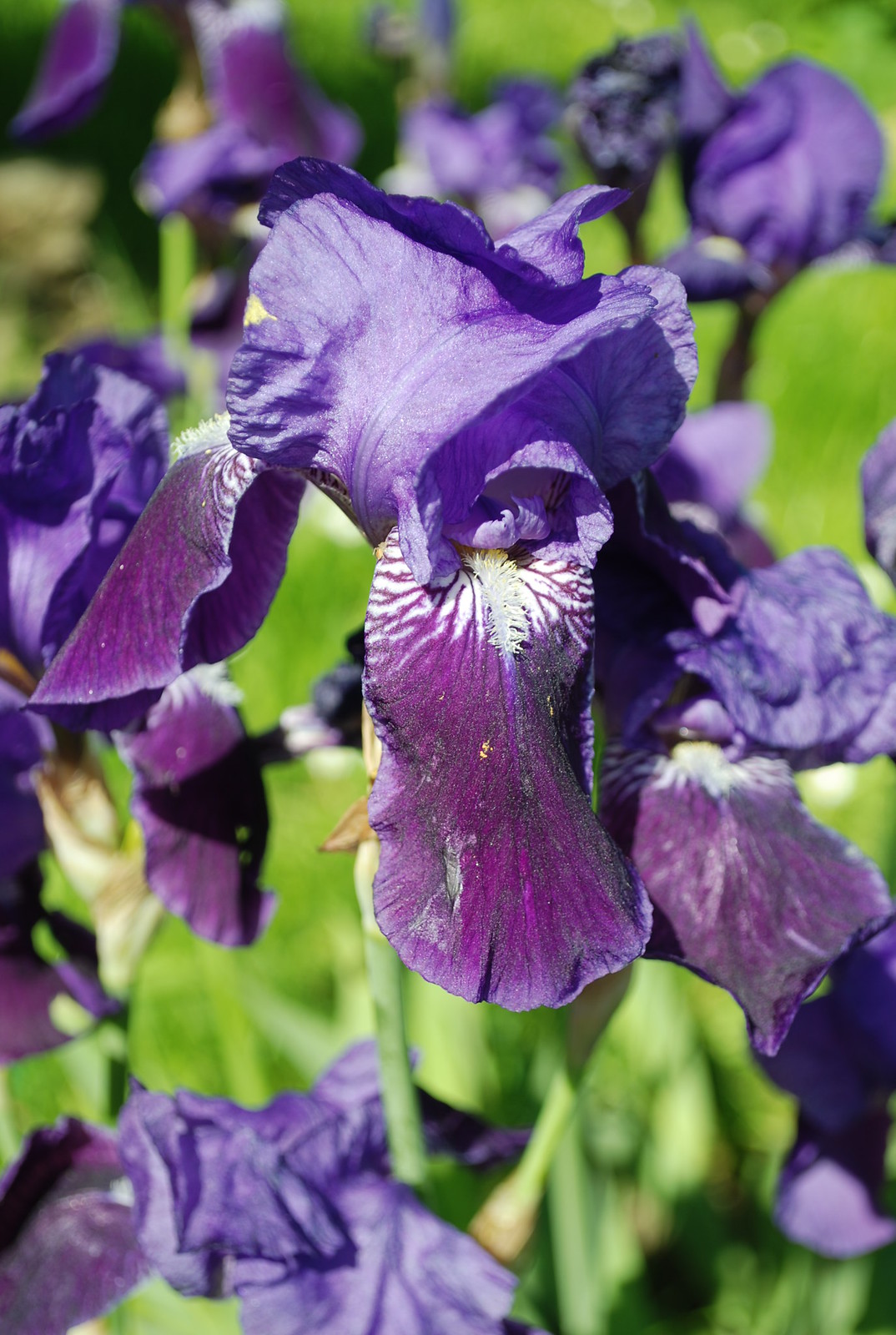 32 thoughts on “Laudato Si versus the Ecomodernists”