The Greeks certainly yielded, but that’s not what I’m talking about. No, this is about bond yields, specifically the inverted yield curve that Greek bonds show at the moment. And its jolly interesting (no, really, don’t go… oh).

I should begin by saying I don’t know what I’m talking about. I started off thinking I did, a bit, and then I read NOTES ON THE BANK OF ENGLAND UK YIELD CURVES and realised just how little I knew. But I discussed the Greek stuff a bit in the previous post, and the inverted yields came up, but not with a good explanation. The convention answer to an inverted bond yield… oh, hold on. First of all, the current yield on Greek 2-year bonds is about 12%. Whereas on 10 year bonds its about 9%. At the peak of the crisis this summer, 2-year yields were 57%, and 10-year 20%. And yet normally, longer term yields are higher, as people demand a premium for locking their money in; and for risks. Well, you can read wiki on the shape, and on the meaning of inverting, and similar elsewhere.

But none of that seems applicable to the Greek situtation. Timmy pointed me at The Mysterious Greek Yield Curve from 2012, which looks like its full of scary maths, but actually it isn’t. This post if essentially nothing but a gloss on that article; if you’re up to it, go read that instead. The point is that (removing trivia like inflation and interest payments) the bond yield is defined by:

where n is the number of years to maturity, market_price is what you could buy or sell it at today, and nominal_redemption_price is what the issuing government has promised to pay when it matures. Of course, the nominal redemption price is known, and so (at any given time) is the market price. (For the less mathematically inclined Yes this does, or can be interpreted to, define the yield, even if it isn’t on the left-hand-side). In our case, n=2 or n=10. And this can be trivially re-arranged into

Now (and this is where we get to the Key Insight), suppose there is a risk of default (as there very clearly is, in the case of the Greeks). Then the markets are likely to price that in. To make it simple, suppose that everyone thinks that there will certainly be another “haircut”, and that the actual redemption price will be half the nominal. Then, suddenly, the market price halves. And therefore – if you’re using the formula above – the calculated yield shoots up: if you continue to use the nominal values – as, of course, the official calculations do. But if you use the adjusted-aka-expected redemption price, the yield remains unchanged, as it should.

But amusingly, because of the 1/n, the unadjusted calculated yields change differently at different maturities. So as that article says (and you, like me, can verify on a messy spreadsheet) if you have a “typical” 2-year bond, par 100, priced at 80, then the implied yield is 11.8% (because ((100/80)^(1/2)-1)*100 = 11.8). Supposing everyone expects that to pay off at 50 not 100, then the implied yield – based on the nominal payoff value – is 58% (oddly enough, almost exactly what the Greek bonds did hit). However the implied yield of a 10-year bond, with the same assumptions, only rises to 20%; significantly less than 58%; and hey presto, we have our inverted yield curve.

So, in this case, the inverted yield is a clear sign of expectation of default or haircut. And the recent narrowing of the inversion is a sign that expectations of default/haircut have fallen. 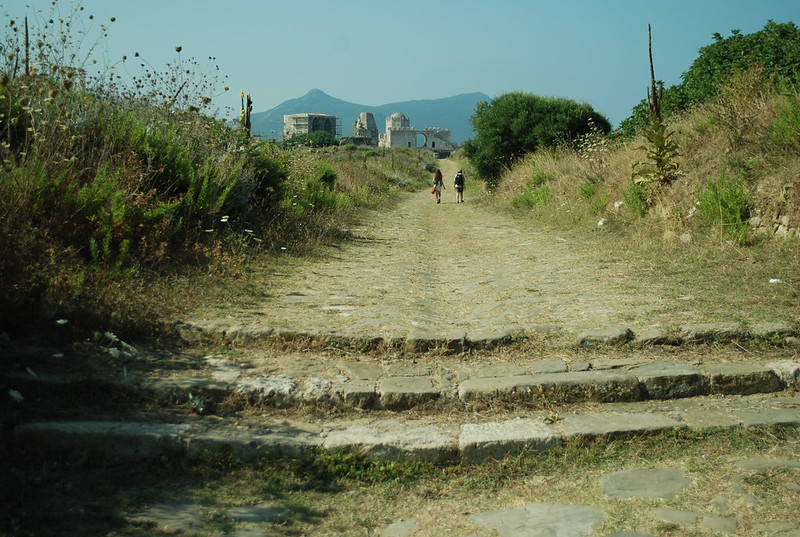 * Alexis Tsipras calls for a snap election – Economist, The prime minister remains popular, but his government is unstable. Aug 20th 2015