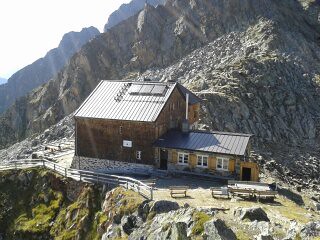 I previously promised to read Hansen et al., and I finally have – well, at least skimmed. It hasn’t really changed my opinions.

This is in accord with what I’ve said before, that the most obviously unambiguously bad physical consequence of GW is SLR (see What I think about global warming from 2010 for the rest, which I don’t see any great reason to wish to update). So H focussing on it is understandable; but this leads to a regrettable tendency to need lots of SLR earlier than is obviously likely.

But I have read P. Thorne’s review, and I find that very helpful. Eli also notes it, but appears to read it rather differently to me; I view it as substantially negative about the paper. Why?

In many senses the study should be uncontentious: this isn’t a compliment. Why are you publishing boring stuff that people aren’t going to disagree with? All the hosing stuff, for example, is passe.

The question really is how this sea level increase will occur: yes indeed; but does the paper manage to answer, or advance our knowledge of these questions? Not obviously.

during glacial to interglacial transitions, there are relatively short-lived events of rapid change… The question here is whether with an interglacial ice-sheet configuration as at present day such event types can occur… the assertion that we may lie close to… a tipping point… a period of large scale and rapid changes in sea-levels… To make this conclusion relies to an uncomfortable extent upon a causal chain… Each link in this chain is certainly plausible based upon the relatively scant evidence to hand, but is not by any stretch determinant… Given the length of the causal chain… it is far from certain that the results contended shall match what will happen in the real-world. This I think is the key problem; its the familiar long chain of connections which may be broken at any point.

The paper is of inordinate length: I see this as a warning sign of poor overall paper construction; as per previous, its like a brain-dump, which may be kinda interesting, but if H wants to publish such, well, he’s got a blog and a mailing list. PT suggests editing to avoid repetition; my skim didn’t see much of that but I would strongly argue for various sub-pieces to be hived off into separate papers; like the Bahamian sea level evidence.

there was a tendency in several places to editorialize. By that I mean that in places the paper tends to read somewhat more as a blog post or advocacy piece than a scholarly paper: see previous.

some simplified assumptions that the rate of ice sheet mass loss can be approximated by a doubling every n years… It is not in my mind sufficient to assert that recent behavior can be extrapolated forward more than a very finite time as a predictor for the future… some more physically based rationale would be warranted… I see a nice discussion in Section 7.3 but it does not directly address the realism of the model prescribed fluxes to the extent I would expect: this seems rather important.