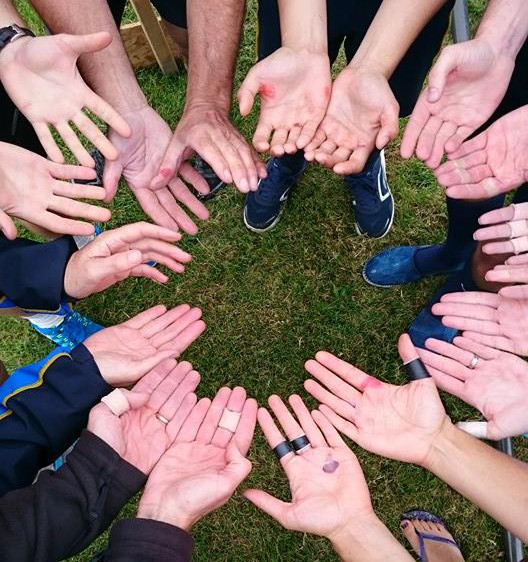 If you’re feeling cheated out of round 2, its because it didn’t seem terribly exciting. Round 1 refers, naturally.

Round 3 is called Exxon Confirmed Global Warming Consensus in 1982 with In-House Climate Models to which the obvious answer is “so what?” Confirming publically available information with other publically information available is hardly the stuff of deep dark secrets.

There’s an attempt right at the start to establish that Exxon “knew” what was going on: “The potential problem is great and urgent,” Knisely wrote. Sounds serious? But Knisely was a summer intern. I mention this because putting a summer intern so prominently into the article makes me think that insideclimatenews are not being straight forward: they are spinning this. You have to read not just what they say, but the documents that back up what they say. Another example: the title …with In-House Climate Models appears to be an attempt to create a false impression that Exxon were hiding stuff; as far as I can tell, the “In-House” models weren’t.

The next bit is odd (my bold):

The report… reflected Exxon’s growing need to understand when the climate implications of increased CO2 emissions would begin to spur policy changes. So Exxon (now ExxonMobil) shelved an ambitious but costly program that sampled carbon dioxide in the oceans—the centerpiece of its climate research in the 1970s—as it created its own computerized climate models.

That bit isn’t important, but it is weird. Round 2 was about the tanker work (note that many people have misunderstood that stuff). Why would Knisely’s report lead Exxon to shelve the tanker stuff? If ICN know something that justifies the “So”, I’d like to know what it is. For now, I’ll treat it as a mere oddity. Next.

Through much of the 1980s, Exxon researchers worked alongside university and government scientists to generate objective climate models that yielded papers published in peer-reviewed journals. Their work confirmed the emerging scientific consensus on global warming’s risks.

Damn! There’s those sneaky Exxon people again: hiding things in plain sight in the last place anyone would think to look: the peer-reviewed literature. How cunning is that? And yes, people have been accusing Exxon of burying this stuff – evidently, without actually thinking.

The article contrasts the science with Exxon exec’s behaviour:

Yet starting in 1989, Exxon leaders went down a different road. They repeatedly argued that the uncertainty inherent in computer models makes them useless for important policy decisions.

How unreasonable was that? The 1990 IPCC report SPM says

Our judgement is that: Global – mean surface air temperature has increased by 0 3°C to 0 6°C over the last 100 years… The size of this warming is broadly consistent with predictions of climate models, but it is also of the same magnitude as natural climate variability Thus the observed increase could be largely due to this natural variability, alternatively this variability and other human factors could have offset a still larger human-induced greenhouse warming. The unequivocal detection of the enhanced greenhouse effect from observations is not likely for a decade or more

Well, OK, no: the IPCC didn’t say that made them useless for policy decisions. But then again, neither did Exxon(or at least, ICN don’t quote them saying so); don’t mistake ICN’s words for Exxon’s. Exxon did, IMO to an unreasonable degree, emphasise uncertainty (as I’ve said before: under Lee Raymond Exxon really were naughty and Lee Raymond really was doing his best to mislead people, probably without actively lying. I think that about 2005 they switched to preferring silence).

The kind of models ICN are talking about Exxon using are things like a latitude-resolved, steady-state energy balance model. That can be a useful research tool; but it wasn’t state of the art even in 1983.

So, all of the above is pretty Meh. I think ICN sense this, because they mix in catastrophe forseen to make things more exciting:

Well, maybe. There are people who will tell you exactly the same thing today. We’re ignoring them, largely. Ignoring such people 30 years ago was more defensible.

One scientist, Werner Glass, wrote an analysis in 1981 for a senior vice president that said the rise in global temperatures would begin to be noticed in a few decades. But Glass hedged his bet, saying the magnitude of the change would be “well short of catastrophic” in the early years. Exxon manager Roger Cohen saw things differently. “I think that this statement may be too reassuring,” Cohen, director of the Theoretical and Mathematical Sciences Laboratory at Exxon Research, wrote in an August 18, 1981 memo to Glass.

Exactly. People disagreed. Which, for the times, was hardly surprising.

I sense that I’m the only person in my in-group who finds this stuff less than overwhelming. Everyone else seems to hate Exxon so much that they want to lynch them now and worry about exactly why later. So you’ll have to forgive me if, in reaction, I’ve erred over-much on the side of finding the anti-Exxon case unconvincing.

[Update: financial disclosure: I’m sure I’ve said this somewhere years ago, but I can’t find it and I doubt anyone else can: I don’t own any Exxon shares or have any direct financial interest but my parents in law worked for them, and I have received proceeds from Exxon shares. AFAIK Exxon themselves haven’t read this post, and certainly aren’t paying me for it.]

13 thoughts on “What Exxon Knew and When, round three?”