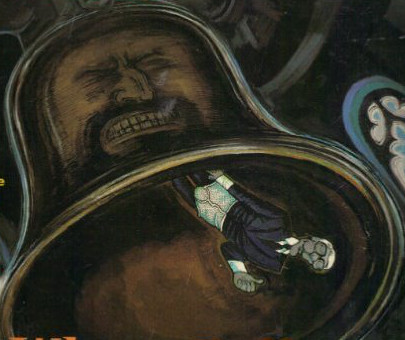 Richard Tol, not content with a quiet and peaceful life, is having fun on wiki. He’s trying to add a “criticism” section to the [[Bob Ward]] page, featuring the exciting adventures of… yes, you’ve guessed it, one R Tol:

In 2014, Ward was accused by Professor [[Richard Tol]] of conducting a smear campaign against him…

And so on. In a desperate attempt to stuff this in, he’s tried changing the section title from “criticism” to “communication style” but that obviously won’t fly. More popcorn on the talk page.

Update: its getting better; as ATTP predicted, Tol doesn’t know when to stop beating a dead horse; at Wikipedia:Third opinion:

So, for the LULZ. Tol gets the reply

About your Third Opinion request: Your request has been removed (in effect, declined) because the issue stated at the request page has not been discussed here and thorough discussion is a prerequisite to receiving a 3O, but more importantly the request dealt with conduct, not contents, and 3O’s are not available for conduct issues. For conduct issues, speak to an administrator or file a report at ANI. Finally, 3O’s are only available for disputes involving exactly two editors and there are more than that involved here. If you wish dispute resolution, limited only to content issues, consider DRN but frankly there really needs to be more discussion here before seeking outside help. Regards, TransporterMan (TALK) 13:42, 3 September 2015 (UTC) (3O volunteer) (Not watching)

There’s a couple of aspects here:

# Tol has been declined in part because he deliberately phrased the request in a snarky way, such that it becomes a conduct issue, and he’s being taken literally. Tol didn’t bother read the page guidelines. 3O is for neutrally-phrased content disputes; had Tol written “Should anything negative about him be included?” he might have had a chance; except…
# 3O is for getting a third opinion when two people can’t agree. Not when more than two people can’t agree.
# also, he’s being told that he’s impatient, and should try talking more.

Don’t miss the next exciting installment of Tol vs The World.

* A review of “Greenhouse Effect and the Radiative Structure of the Earth’s Atmosphere” by Ferenc Miskolczi (thanks to Eli): This manuscript is gibberish and should be rejected. There is no conceivable revision that could render it publishable. It repeats and builds on a foundation of gibberish that the author has previously managed to get published in fourth
tier journals such as E&E with no effective peer review, and builds on it with more gibberish… Despite having been frequently informed of what is wrong with his argument, Miskolczi continues to shop this work around, presumably in the hope of eventually finding reviewers gullible or lazy enough to let it through. I do not really know the author’s motivations, but this is certainly a shameless abuse of the peer review system.
* 8 Out of 10 Cats Wrong, Says Professor Richard Tol
* Double Trouble: For Whom the Tol Bells: and What 2014 El Nino is that? (Sou) to Scientists Respond To Tol’s Misrepresentation Of Their Consensus Research (RealSkeptic).