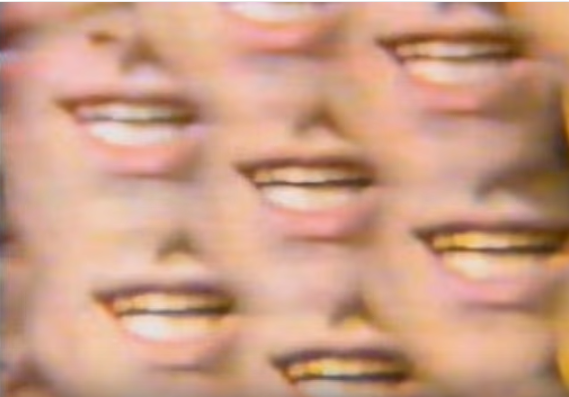 Dr Roy tells it like it is3. Or perhaps you prefer James Hansen1, 6 as reported by JA?

“It’s a fraud really, a fake,” he says, rubbing his head. “It’s just bullshit for them to say: ‘We’ll have a 2C warming target and then try to do a little better every five years.’ It’s just worthless words. There is no action, just promises. As long as fossil fuels appear to be the cheapest fuels out there, they will be continued to be burned.”

The One True Answer is a carbon tax, of course. This has all the virtues of simplicity, transparency and efficiency, and is therefore hated by all the pols who, correctly, see that it leaves no place for their pointless grandstanding, special pleading, and pork-delivery to bribe their constituents with their own money2; Timmy is similarly unimpressed. Rich Puchalsky manages to be both hopeful and cynical at the same time. ATTP notes the 1.5 oC language, but is wise enough to add it’s impressive that they’re making such strong statements, but there is a concern that they could be meaningless. Bill McKibben is confused, having missed the point.

Perhaps I should point out that not everyone shares my cynicism5. Even JA is prepared to consider the possibility that it might help a bit; the NYT goes for Nations Approve Landmark Climate Accord in Paris; Aunty, more restrained as you hope, cautiously notes COP21 climate change summit reaches deal in Paris”. What does the NYT tell us?

Traditionally, such pacts have… exempted developing countries like China and India from such obligations. The accord… changes that dynamic by requiring action in some form from every country, rich or poor. So, that’s good. Obama… said. “We’ve shown that the world has both the will and the ability to take on this challenge” – um, well. Fine words. The new deal will not, on its own, solve global warming. At best… it will cut global greenhouse gas emissions by about half enough as is necessary to stave off an increase in atmospheric temperatures of 2 degrees Celsius… The national plans vary vastly in scope and ambition — while every country is required to put forward a plan, there is no legal requirement dictating how, or how much, countries should cut emissions.. The NYT continues the deal could be viewed as a signal to global financial and energy markets, triggering a fundamental shift away from investment in coal, oil and gas as primary energy sources toward zero-carbon energy sources like wind, solar and nuclear power. I guess that’s the hope. But the markets have heard words before, and take them for what they are, words4. I find interesting Negotiators from many countries have said that a crucial moment in the path to the Paris accord came last year in the United States, when Mr. Obama enacted the nation’s first climate change policy — a set of stringent new Environmental Protection Agency regulations designed to slash greenhouse gas pollution from the nation’s coal-fired power plants. Meanwhile, in China, the growing internal criticism over air pollution from coal-fired power plants led President Xi Jinping to pursue domestic policies to cut coal use. I’ve said before, China is suffering so badly from immeadiate pollution that they’ll be forced to address that, and perhaps CO2 at the same time; and the other half is a poke in the eye for the denialists who say the US shouldn’t bother try to lead. Poorer countries had pushed for a legally binding provision requiring that rich countries appropriate a minimum of at least $100 billion a year to help them mitigate and adapt to the ravages of climate change. In the final deal, that $100 billion figure appears only in a preamble, not in the legally binding portion of the agreement. Tough. That hybrid legal structure was explicitly designed in response to the political reality in the United States. A deal that would have assigned legal requirements for countries to cut emissions at specific levels… would have been dead on arrival in the Republican-controlled Senate.

And that’s the strongly abbreviated version. So many words! But then, that’s the point.

* Going Underground
* In answer to Vinny I can but offer the Christmas Head
* ft.com/comment by Jeffrey Sachs: The Paris agreement and the supporting decisions are a diplomatic triumph. They are an act of true global co-operation of historic significance. Yet it is crucial to distinguish between diplomacy and implementation… Cynics will say the agreement is unenforceable. They are right. They will imply that the agreement is therefore irrelevant, or doomed to fail — but in this, they are wrong
* The Paris Climate Agreement Awards – Maribo
* The near-identical post- COP 21 pep talks in Science, The Nation, The Guardian, Nature, Grist and Mother Jones demonstrate that in Paris as Pyongyang, enthusiasm for the party line remains, compulsory… – VVUWT.

2. Even Hansen gets this wrong, with his ridiculous suggestion that we call it a “fee” instead, so people don’t notice its a tax.

3. Thanks Gavin 🙂 who also points us to PARIS AGREEMENT — A GOOD FOUNDATION FOR MEANINGFUL PROGRESS by Robert Stavins. Who usefully says these aspirational goals – which come not from science (although endorsed by most scientists) nor economics, and may not even be feasible – are much less important than the critical components of the agreement: the scope of participation through the INDC structure, and the mechanisms for implementation. Which might even be true.

4. See also Robert Stavins impacts on businesses will come largely not directly from the Paris Agreement, but from the policy actions that the various Parties undertake domestically in their respective jurisdictions to comply with the Paris Agreement.