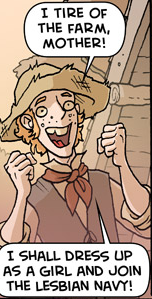 The Evanescent published an article entitled “Global Warming Policy Foundation – the UK home of climate change sceptics – hit by 60% membership fee slump. That link is to an archive of Google’s cache; the article no longer exists [Update: but a few hours later is back: archive].

However, we can still do what the article says: Bob Ward, policy and communications director at the Grantham Research Institute on Climate Change and the Environment in London, unearthed the figures after they were submitted by the GWPF to Companies House. and see if we can verify These show that the income from membership fees last year up to September 2016 was £5,409, down by 62 per cent on 2011, when the group received £14,300.

The accounts of Global Warming Policy Foundation (Company number 06962749) are available at Companies House and show:

So, the original article appears to be accurate(with a minor typo: 2016 should be 5479 not 5409). The lower value for 2010 presumably reflects them being founded in that year. There was a split, done I presume in a deliberately confusing fashion, for the GWPF into the GWPF and the GWPF, the latter being the Global Warming Policy Forum, which does the non-charitable things that the original GWPF was naughty to do, tut tut. However, the Forum claims to be funded by private donations, to presumably doesn’t get the membership fees.

There’s a Twitter thread on this, so perhaps there will be enlightenment as to why the IndyArticle vanished.