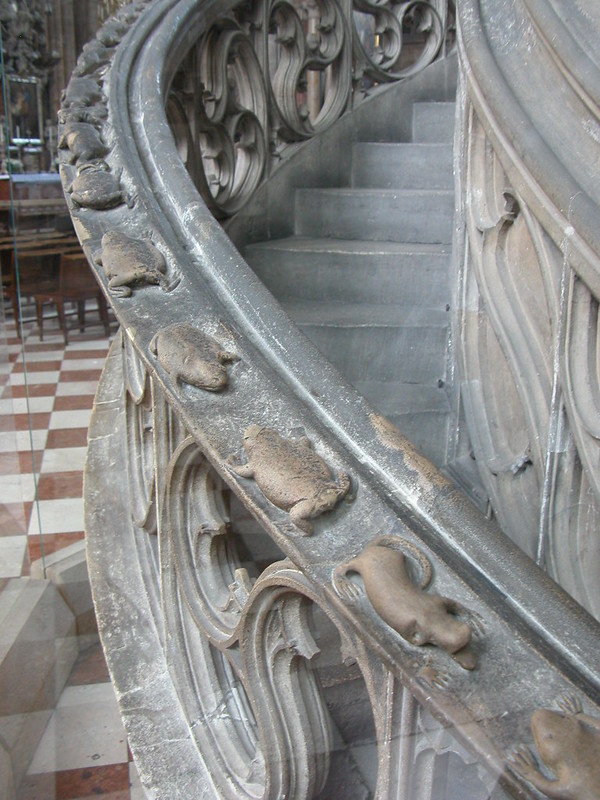 I like the “Analysis*”; it reminds me of Tesco’s “Finest*”, where I think they intend the “*” to mean “star” as in quality; but I always read it as “*” as in “footnote: may not actually contain fine quality ingredients”. But I digress. In this case, the “*” really is a footnote: Note that scientists only assessed information related to climate science. The following analysis is not an endorsement of the economic, political, or moral content of the encyclical. One can quibble whether reading only a small portion of a document is a useful overall assessment, but clearly if we’re interested in the science, it isn’t unreasonable.

Oh, didn’t I say? This is an analysis by Climate Feedback, and ends up with an overall grade of “scientific credibility 0.9: high”. Since it gets basically the right answer that was nearly inevitable. I didn’t even especially disagree although quite why they felt the need to assess it when I already had, I don’t know.

Note the amusing UPDATE (25 May 2017): The Encyclical has been edited, clarifying one of the statements that scientists had highlighted here. The problematic statement initially read “Concentrated in the atmosphere, these gases do not allow the warmth of the sun’s rays reflected by the earth to be dispersed in space” and has been updated to “As these gases build up in the atmosphere, they hamper the escape of heat produced by sunlight at the earth’s surface“. I’d described that as an oddity back in 2015; sadly Da Pope doesn’t listen to me. Some of the reviews are rather damming with faint praise; Andreas Klocker writes Some facts are a bit oversimplified (but not wrong) and Alexis Berg writes In the few passages dealing with climate science, this text does not contain major scientific inaccuracies.

Obviously, I should quibble what they say. Where to start?

Says The Pope’s encyclical is strongly aligned with the scientific consensus about the reality and risks posed by global warming. The most striking feature of the encyclical is its linking of environmental degradation to cultural and political decline, painting it as a moral issue, not just a practical problem. Well, maybe. But KE seems to have rather strayed from his brief of assessing the science. Jonathan Lauderdale falls into the same pitfall with The key part of this document is bridging the gap between the scientific observations that we make, which often do not engage the public’s attention, and the moral implications of humans as guardians of our planet (whether you are religious or not, this still makes sense).

Various other people make minor quibbles, although these do rather amount to “if one of my students had written this, I’d tell them to do it again”.

None of them bother read past chapter 1, so they all miss Da Pope’s attack on science: This subject makes every effort to establish the scientific and experimental method, which in itself is already a technique of possession, mastery and transformation… It can be said that many problems of today’s world stem from the tendency, at times unconscious, to make the method and aims of science and technology an epistemological paradigm which shapes the lives of individuals and the workings of society.

Oh well. They really should have asked Mialambre for his opinion.

* An Answer to the Pope, a Leader of Libertarianism’s Critics.