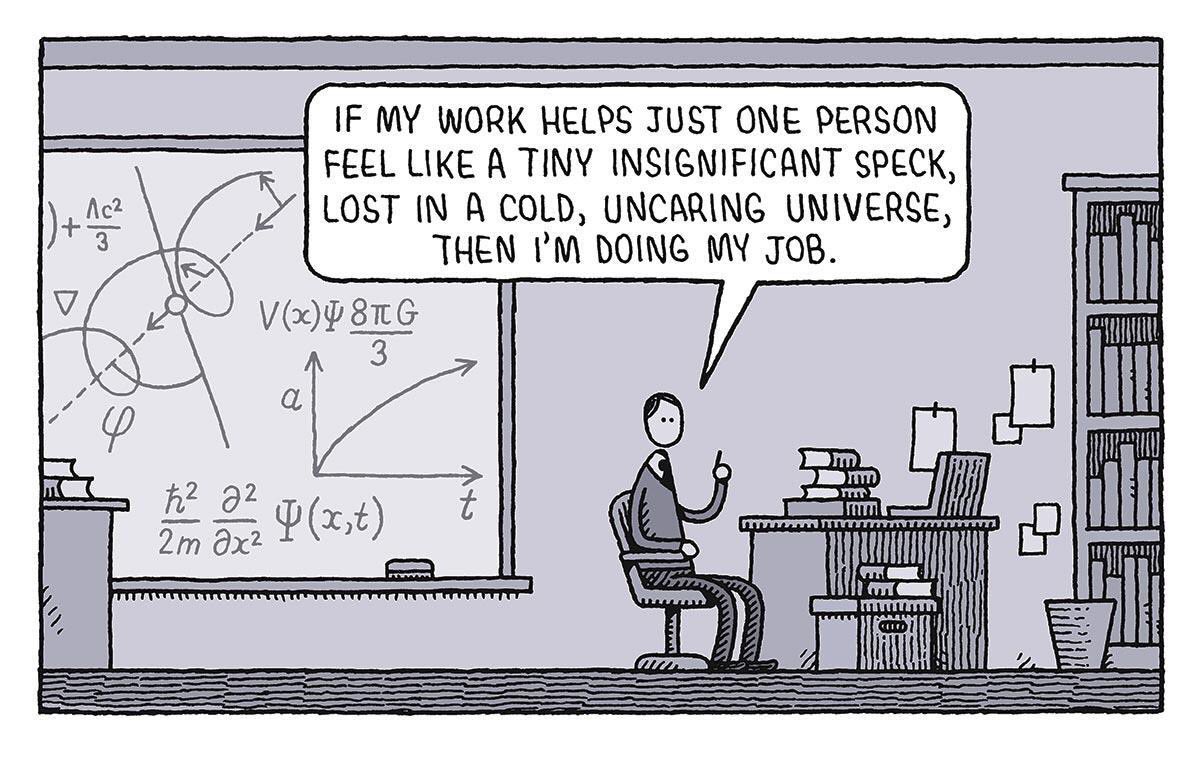 Another in the long disappearing-up-my-own-arse series. Photogenic teens sue US government refers, of course, but so does U.S. fossil fuel groups pull out of climate change court case (via, and I’m sure you wanted to know this, C on Twitter). To whom I’m indebted for The money quote: “But discord arose among them after a judge ordered them to submit a joint filing stating their views on climate science.” Which is glorious, and reflects the obvious and often-stated: that the denialists only real position is denial; they have no concrete worldview to put in its place; no coherent theory of their own, other than “the IPCC is wrong and Al Gore is phat”. Which doubtless sounds great down a bar but isn’t terribly impressive when a judge asks you to state your views.

Need I say more? I hope you like the cartoon. You could have had a picture of my wisteria but I decided you’d prefer the coldness.