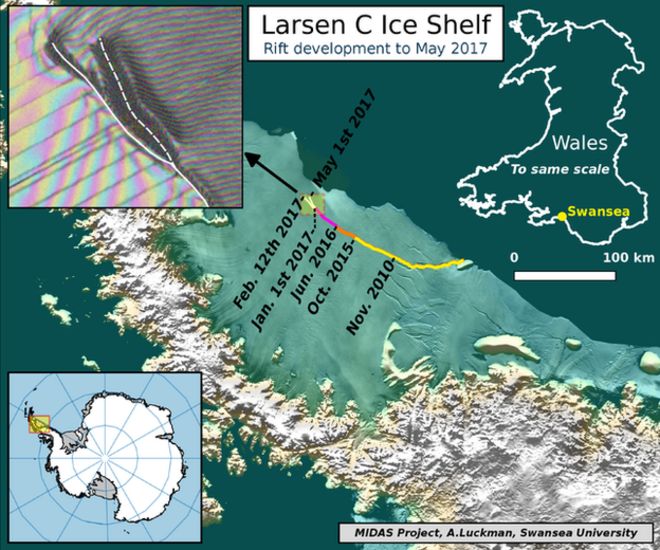 I’m in a boring meeting, fortunately over Skype, so have time to bring you Antarctic iceberg crack develops fork from Aunty. Nicely, they’ve added Wales for scale; I don’t think Swansea is to scale though.

The pretty banding is SAR interferometry which is cute stuff, though I don’t think the article mentions that. The other picture in the article is also nice, with a clear break in the ice speed at the crack as you’d expect.

Update: bollox! I forgot the title first time round. That led to an amusing auto-title in Feedly. Fixed now.