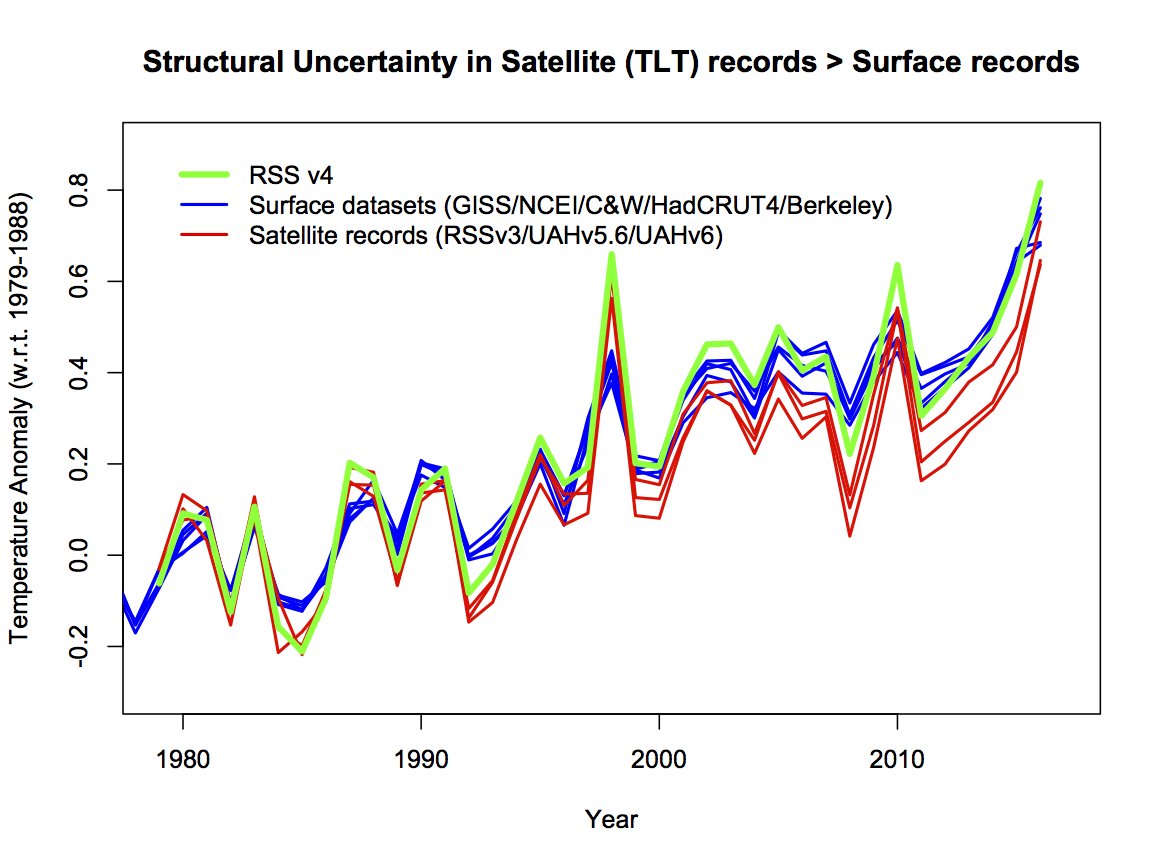 Since I’m able to post, and listening with half an ear to a rather boring meeting, I’ll briefly post this. Mostly I think I’ll refer you to Moyhu who tells you what you need to know; this is largely for my own reference. The take-home message, errm, apart from “the new trend is higher than the old trend”, is probably what Gavin said: Structural uncertainty in satellite temperature records is much greater than for the surface station datasets. But all show warming. So early, and repeated, claims for high accuracy for the satellite record are wrong; but I think we’ve known that for a bit. It might be nice to have a *cough* Red Team assessment from Woy, but as so often, when you need them the Red Team aren’t there1.

NS also points out what has been said before, but perhaps not so clearly: that TLT really isn’t a very good idea at all.

At some point, someone who cares enough really ought to update the wiki page for this properly, rather than what we have now, which is a bald change of the trend value.

1. Woy weighs in late with Comments on the New RSS Lower Tropospheric Temperature Dataset. as you’d expect, he focusses on technical details, minimises the warming, ignores the unreliability issue, and focusses on disparity with GCMs (using a number so well known to the septics that he doesn’t trouble himself to source it).