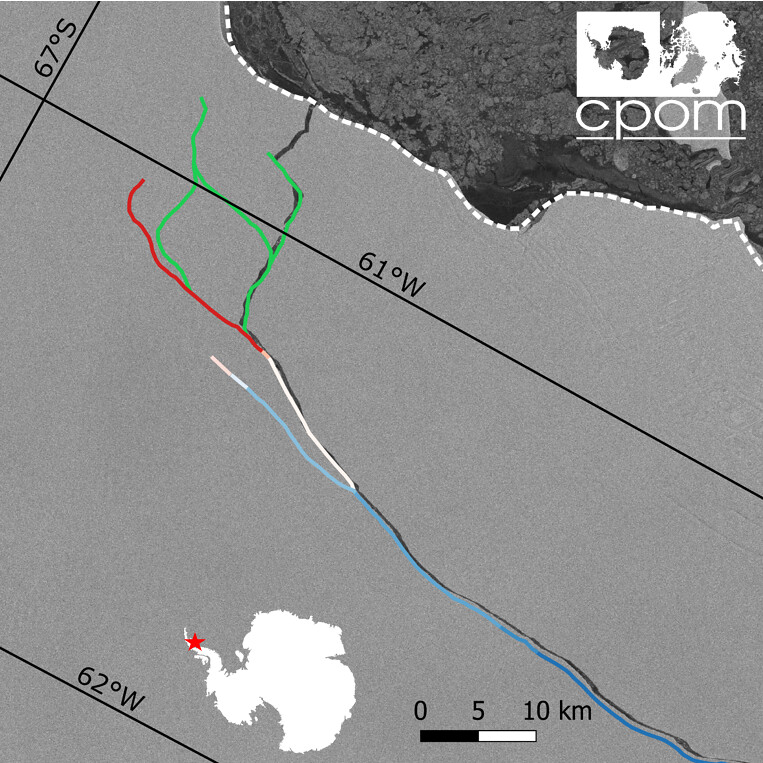 As sung by British Sea Power. Sou has some nice stuff, as does everyone else.

Although the “news” is that the last thread of ice has broken, it’s an enormous berg so it isn’t about to float off in a hurry1, and indeed the last tiny neck was probably only a formality.

What does it all mean? Pfft, we may never know. Everyone else will tell, you anyway. Back to the Arctic I think.

1. A pic shows some apparent visible spacing of the berg to the rest of the iceshelf, so perhaps it is moving. We’ll see.