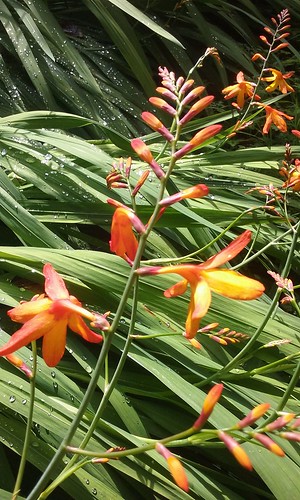 More politics, but since it is cunningly disguised as a reply to mt’s Twitter rant, I think I may get away with it. You should go off and read mt’s post, for context. But not for content; much as I like his take on the science I can never agree with his take on the politics. Here’s a sample:

One reason for the buckling of democracy is the stealing of people’s time and emotional energy in high stakes marketplace hypercompetition. Democracy can be preserved or restored only if & when daily life is secure. A key reason to support Universal Basic Income1 or similar ideas. A calm and confident people can learn, absorb ideas, weigh strategies. A hassled population buffeted by competing shallow ideas cannot… I’m old enough to remember intelligent, respectful, intellectually challenging debate on television. The idea seems almost unimaginable now!2

How could anyone possibly object to that? Everyone knows that things used to be better in the olde dayes, and Modern Life is Rubbish, yes? Well, no. I really wish mt – and others – would read Popper’s The Open Society and Its Enemies. There is so much in there that you need to know, you need to think about. And of course it is far better written there than I could possibly hope to summarise here. Oddly, I don’t find a post by me on it before, except bookshelf which only lightly touches it. The themes relevant here are: don’t believe in an Age of Gold; and be cautious about trying to design society.

But to address mt’s points myself: people are not short of time. Oh, I know it feels like it, but even I have hours every evening to do things in; so many hours that I generally have time to go rowing in the evening. It is easy to feel terribly busy, and doubtless many do; it is even easy to be very busy if you want to be; but if you want free time to think that is possible. But many people don’t really want free time to think. The idea that “hypercompetition” or modern capitalism or something is “stealing” people’s time is I think just excuse-making. Or, I-would-have-got-away-with-it-if-it-weren’t-for-those-dammed-capitalists.

This is my excuse to introduce Public Choice Theory4 which is yet another thing that I have but a glancing acquaintance with. One aspect of said theory is to address people’s behaviour when voting or more generally when wondering how much of their time to devote to politics. What is “rational” behaviour? And the answer, of course, is that rationally most individuals should spend very little of their time working out how to vote, informing themselves of political issues of the day, and so on. Because: their own vote will have very little impact. Any benefits gained from getting it right are diffuse, as are any losses from getting it wrong. Thus although the choice of president will clearly have major consequences, those consequences fall on everyone; and so the rational voter should not go to any great effort in fully evaluating the choice3. This theory, of course doesn’t address those like your humble author for whom interest in politics is an end in itself.

Does this go anywhere? I think it does, in that without understanding we are doomed to fail. mt is trying to go somewhere; he is trying to save the world. It’s a big one; his conclusion – which is less of a conclusion than an aspiration, this was a rant, recall – is I’m not eager to abandon democracy as an ideal, but it demands participation & engagement… Everyone on earth should be guaranteed food and shelter… We might still pull a decent future out if we address our idiotic commitment to a policy of maximum employment at minimum wage. I’m glad he doesn’t want to abandon democracy; just look at the places that have, like Venezuela. And I’d be happy with an UBI; so would many economists; so I suspect would many on the right, if the left would take basic seriously. The last sentence of his I’ve quoted is problematic, though, no matter how much it chimes with Timmy’s repeated jobs are a cost, not a benefit. It just feels like the wrong thing to be pushing, to me. What would I prefer to push? Free trade; a carbon tax; constitutional government. That wasn’t a well thought out list, but it hardly matters; I consistently fail to convince anyone of their virtues.

1. I am in favour of an Universal Basic Income (UBI), though with some stress on the word basic; I don’t think I’ve said that explicitly but it implicit here.

2. I really can’t remember TV in the old days. I haven’t watched it for decades. Why would you? But if it has lost serious debate, perhaps it is because it has moved to a more serious medium; online perhaps.

3. This of course has always been true. Public Choice Theory is a fairly recent developement, but that’s irrelevant, because most people are unaware of it. So if mt is claiming – with evidence – that people used to think more carefully in the old days, and the current rather thoughtless electorate represents a change, then I’m open to looking at the evidence.

4. Indeed, I was entirely unaware of it until recently. I think it was only the fuss about Nancy Maclean’s “Democracy in chains” that the Libertarians are so sad about that brought it to my notice; see for example More on Nancy MacLean’s Distorted Portrait of Jim Buchanan’s Tax-Reform Analysis. Majoritarianism is another topic that I must return to; Public Choice provides another way to look at co-operation with government, too, helpfully supplementing the Libertarian viewpoint.

* Hegel does maths
* Milton Friedman: “You must separate out being pro free-enterprise from being pro-business”.
* James Buchanan on the distinction between constitutional and legislative change, a subject I must come back to.
* The Debate is Over – 99% of Scientists believe Gravity and the Heliocentric Solar System so therefore… – Science of Doom.
* Yet More on the Book of Errors Titled “Democracy in Chains” – CH. Some interesting thoughts.
* Rent-Seeking: One Small Example.

83 thoughts on “Why don’t people pay attention to the future of their own world?”