“Our hero” in this case being Monckton at WUWT. Most of the post is a long rant about The Weekly Standard’s Lindzen puff piece exemplifies the conservative media’s climate failures by Dana Nuccitelli in the Graun, which is in turn a reply to What Catastrophe? MIT’s Richard Lindzen, the unalarmed climate scientist in “the weekly Standard” (wot I wrote about recently).

And of course I didn’t read it all. But I was struck by M’s reply to DN’s The major difference between Lindzen and Galileo was that Galileo was right. Which was:

Actually, Galileo was wrong. The Church, as well as informed scientific opinion, had long agreed that the Earth orbits the Sun and not the other way about. However, Galileo had drawn inappropriate theological conclusions from heliocentricity, perpetrating the notorious non sequitur that since the Earth was not the centre of the Universe the Incarnation and Crucifixion were of less importance than the Church maintained.

This is weird stuff. Lord knows what gnostic texts M has been smoking; he gives no refs. Wiki, as you’d expect has a reasonable version of the truth (which, for those who don’t know, is significantly more nuanced that the version you get taught in school).

Amusingly, in the weekly Standard piece that started this all off, we find “Most people who think they’re a Galileo are just wrong,” and the context (as you’d expect from a piece friendly to L) is that a comparison to G is good: i.e., G was essentially correct. Which is true (if you’re thinking of heliocentrism) or false (if you’re thinking of epicycles, or of physics versus geometry).

* Galileo: Dialogue concerning the two chief world systems: magnetism – a factoid I bet you didn’t know, and a motto.
* Galileo on infinity
* The sleepwalkers
* WUWT Parody Writes Itself – QS about a different post, but worth the LULZ.
* Papal Condemnation (Sentence) of Galileo (June 22, 1633) – thanks t.

The Graun is a bit rubbish at typesetting and maths, which is most aptly illustrated by one of their jokes:

At a party for functions, ex is at the bar looking despondent. The barman says: “Why don’t you go and integrate?” To which ex replies: “It would not make any difference.”

After this, it seems to me that the human race has realised its ultimate potential; no further progress is possible. We might as well all go back to bed.

Some things I see, I think: yes, you’re doing that very well. But I understand what you’re doing, and I could, if not do it myself – I could understand how to train to get there. Like running a marathon in not-much-more-than-2-hours. I’m never going to do that, and even if I trained I couldn’t, but I can roughly understand what’s going on. With this, I can’t even imagine my brain and hands working well enough to get anywhere close to this.

While I’m here, Sham journals scam authors is pretty good from JA. But really: a journal with no website? Do they still write with ink quills?

Eli offers us a new wheelchair but I think its a man slumped to the ground after smashing his head against the wall, leaving a trail of blood dribbling down.

* The two epochs of Marcott by Jos Hagelaars.
* WUWT is still fulminating (I throw that in as a token gesture of non-tribality, but you know my heart isn’t in it).
* Global Temperature Change — the Big Picture

From the bizarre discoveries file:

The Plover and the Clover can be told apart with ease,
By paying close attention to the habits of the Bees,
For en-to-molo-gists aver, the Bee can be in Clover,
While ety-molo-gists concur, there is no B in Plover.

and this is by Robert Wood, who did early work on the Theory of the Greenhouse.

The change from “Oh look that’s fun, lets stop and watch” to the brief “Oh shit” to the “Ha ha, we all lived, that was great fun” to “who got it on video?” is oh-so-typical of our species.

A man with a stoat though his head? No!
END_OF_DOCUMENT_TOKEN_TO_BE_REPLACED 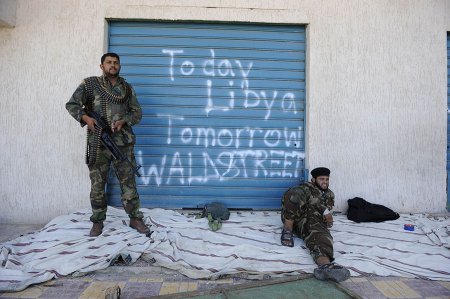