My paper with Tom Peterson and John Fleck (trailed here) is out in BAMS; you can get it now (for free! [Update: also direct from BAMS]. Pffft, linkrot. Try here instead). 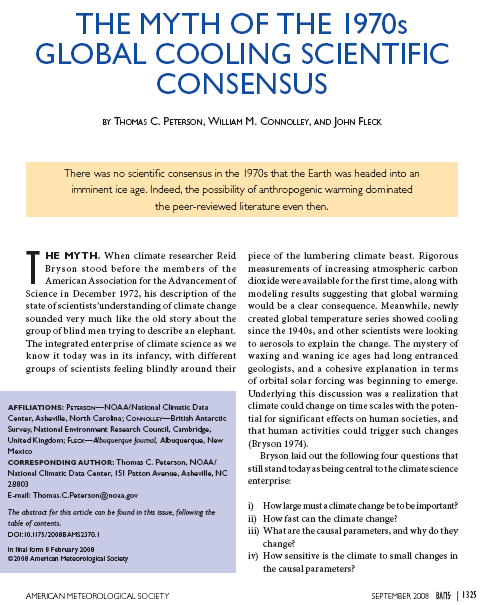 And thats just the first page!

For those who weren’t paying attention, you may wish to read:

And http://www.sciencenews.org/view/generic/id/37590/title/Cooling_climate_’consensus’_of_1970s_never_was. Note that Robock is misquoted.

23 thoughts on “Now out in BAMS: The myth of the 1970s global cooling scientific consensus”