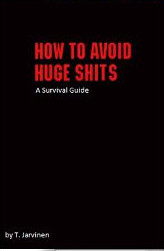 Or so says Gavin in How Climate Change Denial Still Gets Published in Peer-Reviewed Journals via Retraction Watch. Dountless Monkers will welcome yet another chance to bluster and threaten to sue1. The paper has been “harshly criticized by physicists” (who knew ATTP was plural, eh?) and “climate scientists” though to be fair ATTP only really skimmed it for errors, and RT just pointed out that the palaeo bits were a bit crap.

[Update: I’ve just noticed what I should have seen immeadiately: a fatal flaw in Gavin’s words that totally vitiates his argument: it should be et al. not et. al. Obvs. Another good English boy gone to bad over in the land of the illiterate.]

I was conversing with a friend who would probably rather be nameless, and I said

I confess, I didn’t even bother reading it, or even the few blog posts that have mentioned it, because it seemed so obviously drivel. We expect no less from M’Lord. I’d also assumed that it was *uninteresting* drivel – do let me know if I’m wrong about that.

To which I got the reply “I’m not sure it’s coherent enough to count as drivel. There’s quite a bit where I had no hope of working out what it means or what the point of saying it was.” Anyway, you get the idea: we were competing to be as disrespectful as we possibly could, even if we didn’t give it its due – which would have been to ignore it. But, alas, my friend also gave some insight into what was wrong with it, which I’ll share with you. In the spirit of showing contempt for the paper, however, I must point out that I haven’t actually thought about this very hard, and I still haven’t read the paper. Also, these aren’t his exact words.

The flaw that underlies most of it is that the r_t in the equation ATTP quotes is taken from Roe et al. applying a step change in CO2 to a 1D model. A standard one, though of course there are a range of responses; anyone competent would consider this. At one point MSLB do say their r_t is observed, but that’s a page or so after they correctly describes its origin (consistency from page to page is not this paper’s strong point). So it is a Green’s function that needs to be convolved with the forcing history but MSLB multiplies them, and then tickles a weasel. Naturally, 164 years after their start year of 1860, we must be so near equilibrium with all the CO2 in the atmosphere that the remaining warming is a tiny fraction of the warming so far, as they calculate precisely.

Well, there you have it. Discuss.

Update: there’s also Monckton, Soon, Legates, and Briggs falsely claim to have presented a new climate model by Jan P Perlwitz [archive]. Thanks to ATTP for the link. Don’t miss the appearance of Scrotum. [Comments there are good. Its complex at first, but by about Bode Monkers has made it clear that like so many others of his ilk he (a) hasn’t got a clue how the GCMs are built, and (b) thinks the CS is built in.]

And Factcheck: Scientists hit back at claims global warming projections are “greatly exaggerated” at Carbon Brief.

There’s more analysis in a comment at JP’s by tilting@windmills.

And The Monckton equation by apsmith.

And With climate models, simpler isn’t necessarily better – Grantham Institute Co-Director Professor Joanna Haigh. Note how Monkers, in the comments, praises Alexandra Cheung for her thoughtful critique, having failed to realise that the words are JH’s, merely posted by AC.

Vaguely on topic – the topic being the reputation of the journal that MSLB published in (which is the little-known “Science Bulletin”, formerly the “Chinese Science Bulletin”. It seems very arrogant, to me, for them to so rename their journal, especially if they’re not even going to publish science in it); going off to the far side of the world does seem rather odd, when you could be publishing in Pattern Recognition in Physics right at home – we have Did A Romanian Researcher Successfully Game Google Scholar to Raise his Citation Count? – thought I should say that I have no reasons to think that MSLB have done this. Read the post, and the update at the end.

James Rowlatt (who is, it appears, the only person being paid to post to the thread, being apparently an employee of Monkers and has been for a while):

It seems to me, on reviewing this thread, that Lord Monckton has been exemplary in his courteous replies

Well, naturally enough, your paid employees will judge you kindly. Its a touch odd that JR doesn’t explicitly disclose that he is being paid to post; you’d kinda expect that he would, were he being good.

In view of the libels in the Carbon Brief piece, I shall be asking my lawyers whether they recommend insisting that it carry a response from me. If not, I shall put it in a national newspaper, where it will reach a far larger audience than the Carbon Brief, subsidized though it is by a shady foundation.