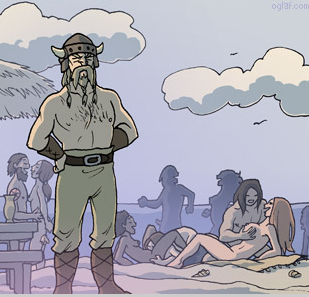 We interrupt your regular diet of Willie Soon for a brief break (the S+B controversy, 2003 is seeing active work).

IPCC agrees on Acting Chair after R.K. Pachauri steps down said the IPCC press on the 25th. That PR is not merely coy but completely silent as to the reasons why he stepped down; coy but uninformative is the letter he sent to Bankymoon on the 24th which shyly refers to “the current circumstances” without specifying them, and announces that he has “taken the decision to step down”, which is what you say when you’re forced to resign but don’t have the courage to say “resign” (note also the somewhat wacky religion-and-dharma stuff, which has no place there, confirming that he was right to go, were confirmation needed; note also that the letter says that he had intended to “resign” in November 2014, but I don’t know whether to believe that or not). If you want to know what they’re being so coy about you can read IPCC chair Rajendra Pachauri resigns: High profile head of the UN’s climate science panel steps down and denies charges of sexually harassing a 29-year-old female researcher from the Graun, or doubtless many more salacious versions elsewhere.

Before I launch into my major theme, I’d like to note how little RKP there is at http://www.ipcc.ch. Google “site:www.ipcc.ch Rajendra Pachauri” and you come up with almost nothing. There’s a bio of him at the IPCC site; a few speeches, but really very little. If you go to organisation or structure he’s not there, except that it notes, with no name, the existence of the role “Chair”. And that’s right, because the Chair doesn’t actually do very much that’s visible.

RKP wasn’t a successful head of the IPCC. Its not that he did anything particularly wrong (as head of the IPCC; I make no comment on the sexual allegations, against which his defence appears to be that someone hacked his email account and faked the messages; not especially plausible); and remember that the silly stuff about Himalayan glaciers was regrettable but trivia, as well as being misremembered by those who try to dredge it up. The problem was that he failed to address any of my concerns about the direction that the IPCC should take. Those were written waay back in 2010, so he has no excuse:

* The IPCC: dissolve it or not?
* What to do with the IPCC

And I was by no means alone in these opinions. But I think he had no taste for any such reform, and perhaps not even any interest in it. Ter be ‘onest wiv yer guv, I didn’t bother try to find out what he was like. And so the rather regrettable tendency of the IPCC (like any organisation that survives) to turn into a lumbering bureaucracy didn’t receive any useful attention from RKP.

But he was clearly a creation of Bush1; which needs to be remembered, lest anyone feel themselves trapped or pressured into defending RKP. He was deliberately appointed by Bush to be an unsuccessful Chair (replacing the respected Robert Watson who, unlike RKP, had essentially organically grown into the role) and that particular piece of idiot cunning succeeded as it inevitably had to: the US wanted him, the Commies get the vice-chair, the Chinks were a bit out of the loop then, the Third World and India were ineviably in favour of this tit-bit being unexpectedly thrown their way, and presumably the Europeans just negotiated and were ignored as usual. So, a shoe-in. Bush won two ways: the IPCC was weakened, and the US respected it less, even though RKP was their creation.

Did I miss anything?

As IPCC chair exits, focus moves to who comes next – ScienceInsider: Among the already declared candidates for the job are Swiss climate scientist Thomas Stocker of the University of Bern and Belgian researcher Jean-Pascal van Ypersele of the Catholic University of Louvain. As you’d expect, RKP’s departure is rather skated over in favour of who will be next. Any new chair will take over IPCC as it considers whether to change its traditional operating style, which involves churning out massive reports written by hundreds of scientists every few years. Some have called for moving to a more nimble, less onerous process. Umm, yes, good point. I wonder if the candidates have expressed any opinions on this subject?

1. Dr Pachauri was the favoured candidate of the US Bush administration, which reportedly disliked Dr Watson’s willingness to tell governments what he believed to be the unvarnished truth – Aunty.