A piece from the Torygraph about the unfolding disaster that is Jeremy Corbyn’s run for head of the Labour party; they can barely contain their glee, of course, but I did like the idea of someone forcasting communist weather; Boris, perhaps. 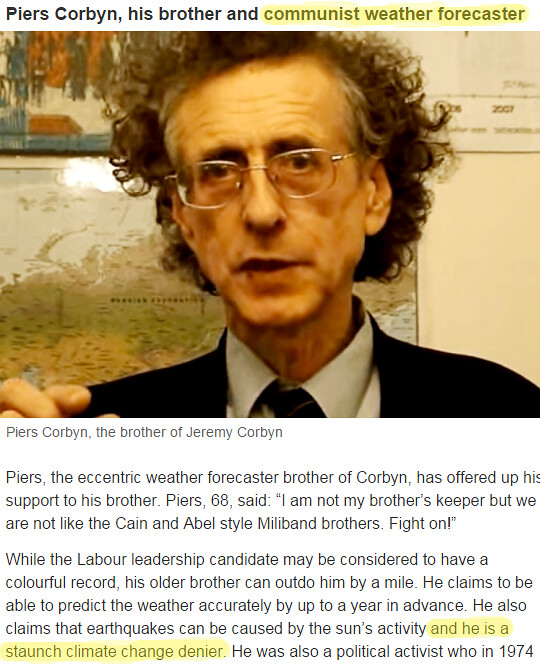 The still is, presumably deliberately, unfortunate; its from that video, isn’t it? The text includes

Piers, the eccentric weather forecaster brother of Corbyn… While the Labour leadership candidate may be considered to have a colourful record, his older brother can outdo him by a mile. He claims to be able to predict the weather accurately by up to a year in advance. He also claims that earthquakes can be caused by the sun’s activity and he is a staunch climate change denier.

I’m sure PC is delighted with that. Meanwhile, for those wondering, I’ve been off in the Stubai again, this time in company. Here’s the start of a particularly fine day, looking back to the Mullerhutte and Beckerhaus from the Wilder Pfaff. 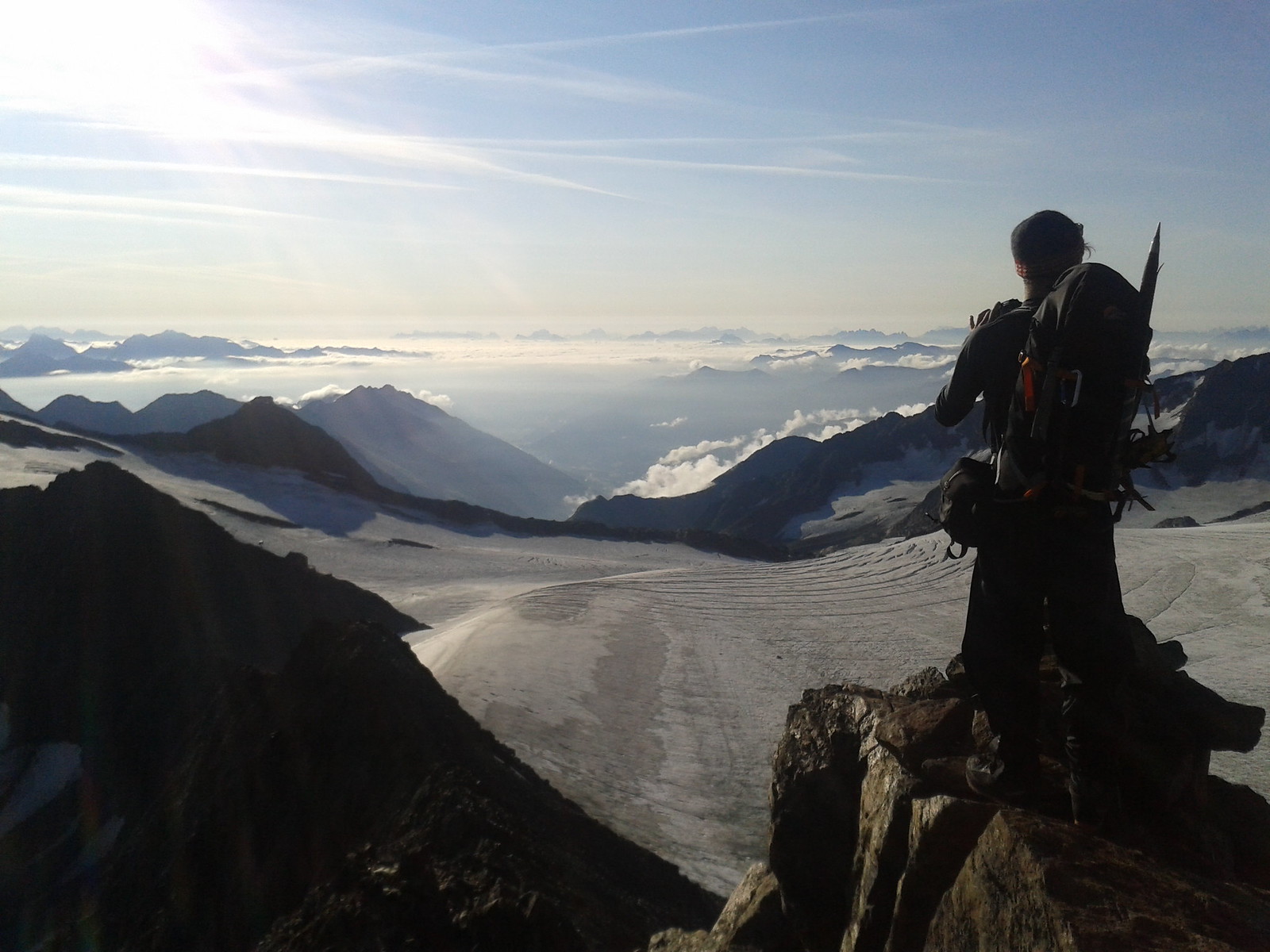 * US Gun Violence: So Bad, All That’s Left Is a Joke – QS
* CIP – still talking to the nutters
* Speaking of nutters, Sou has the remarkable story of Singer self-identifying as one; weird or what. He’s very old now, indeed he has been for a decade, and shouldn’t be let out alone
* ATTP notes the sad end of the Met Office’s Wx contract with the Beeb
* Misusing Galileo to criticise the Galileo gambit; or: there’s a lot of things about Galileo that you don’t know

21 thoughts on “Piers Corbyn, his brother and communist weather forecaster”