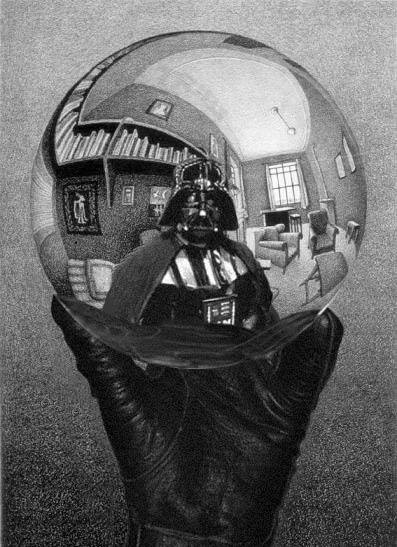 User:William M. Connolley/The science is settled is a copy that I made of a wiki article that got deleted. I think I’d stick now largely with what I said then, 8th February 2007: Keep: its not the worlds greatest page, but its useful. Lee Vonces vote is a good example of the reason for keeping it: the page as it stands is substantially correct, but if it wasn’t there the opposite misinformation would accumulate. Unfortunately, since the article was deleted, it’s history isn’t conveniently available. You may take it for granted that it was something of a war-in-progress when removed, but a fairly stable war if I recall correctly. I was reminded of this page by the ever-active JM, who found a link to it at scienceisneversettled.com/relevant-links/. I’m puzzled why they link to it; it doesn’t say what they want it to say; but perhaps they read it rather carelessly. You may also like Gavin’s take, also puzzlingly linked.

What happens if I look for “the science is settled” eight years later? My second hit is thescienceisstillsettled.com/ which says Al Gore declared that “the science is settled” and he was right. Yet, if you follow the link, what you actually find is The science is settled, Gore told the lawmakers. Carbon-dioxide emissions… – which is not a direct quote of Gore. My top hit is skepticalscience.com/settled-science.htm which is actually about something slightly different; it is addressing Climate Myth… The science isn’t settled. And in reply, it is careful to avoid stating that the science is settled. The rhetorical trickery (to make it plain) is this: “is the science settled?” ask the denialists. Answer “no” and they go “aha! See! Even you lot don’t believe it”. Answer “yes” and they go “aha! It can’t be science then! Science never deals with absolutes.” Answer: “this question can’t easily be answered simply without being misleading; we see that global temperature…” and those listening have fallen asleep and believe you’re being evasive. This is just tedious, which characterises much of denialism.

There are then a number of really rather uninteresting hits before – aha – we strike gold with Climate change: the science is settled by VV. He even links to my preserved wiki page. VV is happy to say “the science is settled” – provided you understand by that he means a simplified; cut down view. But he’s also happy to provide the details, if required.

For convenience, I’ll inline a cut-n-pasted version of the article below; so you have to excuse any formatting infelicities.

“The science is settled” is a slogan attributed by opponents of the Kyoto Protocol and global warming theory to supporters notably in the Clinton administration. There are no known examples of its use outside the skeptic press, though some of the statements that were made have similar implications. The slogan itself has therefore become a detail in thepolitical debate.

Use as a rhetorical tool[edit]

The phrase is vague, and people who use it may not elaborate what exactly is settled. Certain aspects of climate change are widely accepted: that human actions have increased the amount of Carbon Dioxide (CO2) in the atmosphere, for example. Other aspects—the exact degree of climate change to be expected within the next century, if any—are not settled. In between are issues such as how much the earth has warmed recently and how much of this is due to human activity.

Uses of the slogan, or things somewhat like it[edit]

According to Sovereignty International, in 1997 Robert Watson:

was asked in a press briefing about the growing number of climate scientists who challenge the conclusions of the UN that man-induced global warming is real and promises cataclysmic consequences. Watson responded by denigrating all dissenting scientists as pawns of the fossil fuel industry. “The science is settled” he said, and “we’re not going to reopen it here.” [6]

Some GWT supporters suggest the quote is a fabrication, noting that the organization quoting Watson is involved in promoting “global warming skepticism”. No other records of the press briefing have been produced.

But now, after this summer of 2005, the serious scientific debate about global warming has ended. There is now no reasonable doubt that atmospheric pollution is causing global warming, and this warming is strong enough to have serious consequences in the next century” [1]