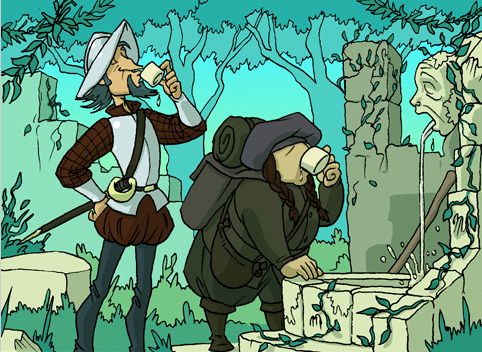 Andy Skuce, in On and against method and process is (to me) bizarrely keen on Paul Feyerabend (though presumably he discards the numerous cites to Lenin, denigration of modern medicine, and all the really wacko stuff). I kinda tend to mix F up with the other out-of-their-depth French folk like Latour that Sokal and Bricmont shredded but that’s probably unfair; either way my suspicion is that if you’re interested in a criticism and analysis of F, you’d be better off with Sokal and Bricmont. But that’s rather long; who has the patience nowadays to carefully read reasoned expert critiques when you can read a short non-expert rant?

Which makes me go “WTF?” This appears to be a strawman. Note 1 is The consistency condition goes back to Aristotle at least. It plays an important part in Newton’s philosophy (though Newton himself constantly violated it). It is taken for granted by many 20th-century scientists and philosophers of science. Which also makes me go “WTF?”. Aristotle wrote any amount of bollox, since when has he been an arbiter of physics of philosophy – I thought they gave up that kind of hero-worship in the middle ages. Or perhaps the end thereof – Copernicus, perhaps. But who cares exactly when, its long gone, so why is F digging him up?

It appears especially stupid when laid against the great modern theories like relativity or QM. The founding hypotheses of relativity are inconsistent with Newtonian mechanics (by which I mean, in case I’m not clear, accepting the constancy of the speed of light and discarding One True Time), which is after all much of the point. Pretty well any “paradigm breaking” science is bound to do this. Only the “normative” infilling type science is consistent with what went before. Perhaps F should read Kuhn. The wiki article on F faithfully parrots One of the criteria for evaluating scientific theories that Feyerabend attacks is the consistency criterion but again makes no attempt to establish that this criterion exists.

Firstly, I think this is uninteresting nit-picking. But secondly, it is even true? One of the top google hits for G’s law tells me it is , in the absence of air resistance, all bodies fall with the same acceleration, independent of their mass. Which I would regard as a correct statement of G’s law, and which doesn’t suffer from the (nit-picking) flaw that F mentions (though it does suffer from another nit-picking flaw which the article does mention, but which F is too stupid to know, that if you measure the acceleration from the sfc of the Earth, since the Earth imperceptibly moves, the acceleration does slightly depend on the mass of the object falling).

Anyway, skipping over more stuff we come to

No theory ever agrees with all the facts in its domain

But quickly we discover that F doesn’t mean facts when he says facts. No, he means “facts”. I don’t think he ever clarifies this point (there are lots and lots of words in F’s text; you can’t expect me to have read all of them), but what he says makes no sense without it. For we have Thus the Copernican view at the time of Galileo was inconsistent with facts so plain and obvious…; but of course it wasn’t. F doesn’t provide any examples of the “facts”, so its quite hard to guess what he’s going on about. Instead he skips on to Newton’s theory of gravitation was beset, from the very beginning, by difficulties serious enough to provide material for refutation. Notice how “facts” have silently become “difficulties”; the difficulty here alluded to was the possible instability of the solar system under the theory; but that’s different. And the stuff he then writes about (special) relativity in support of his thesis is silly.

There are then pages and pages of stuff I largely skipped about Galileo and rocks-fall-downwards-even-though-the-Earth moves. There must be something in there but its very thin; not worth the number of words spent on it. He seems overly obsessed by G; but other people have more interesting things to say about G.

The idea that there will be individual observations that contradict established theories certainly doesn’t appear interesting now.. Ditto the idea that people (most clearly Einstein) will wave away contradictory “facts” that “contradict” their beautiful theories. Perhaps these ideas were more exciting when this stuff was first written.

* More pointless “philosophy” is avilable if you want it; “Must science be testable? String wars among physicists have highlighted just how much science needs philosophy – and not just the amateur version”; Massimo Pigliucci. Pharyngula seems to like some of his earlier stuff, though.