Wikipedia says it, so it must be true.

ZJ is most famous for winning the 2005 Golden Horseshoes, but lucked out in 2006, despite being called a “titan of mendacity”. An example to us all. Tim Ball has a glowing tribute to ZJ, and there can be no deeper condemnation than that. It is entirely fitting that TB uncritically repeats some of the self-promoting lies that ZJ told about himself, including the imaginary senate hearing. And he puffs Beck! What more can you ask? 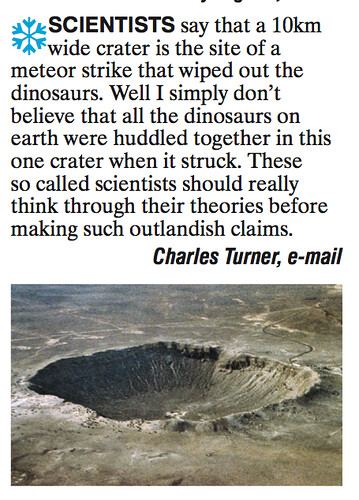 [Update: if you didn’t like the tone of this post, you might find somewhat similar ideas expressed in a more measured way by Bart (and links therein to mt).]
END_OF_DOCUMENT_TOKEN_TO_BE_REPLACED