At this time of the year, as I cycle past the rape fields (this isn’t a reference to some Balkan horror, just the plant), I take note of the dying of the yellow, for it signifies that the spring recolte is once again due. I measure my life by the passing of such seasons: the winter league; tideway, the summer bumps; and the honey harvest. Today was a bank holiday, so after coxing the dev IV and playing at pairs with Paul, I had time for some beekeeping, and planting a magnolia.

Here are the pre-harvest hives. This underplays the degree of weed; task number one was to hack them out of the undergrowth. 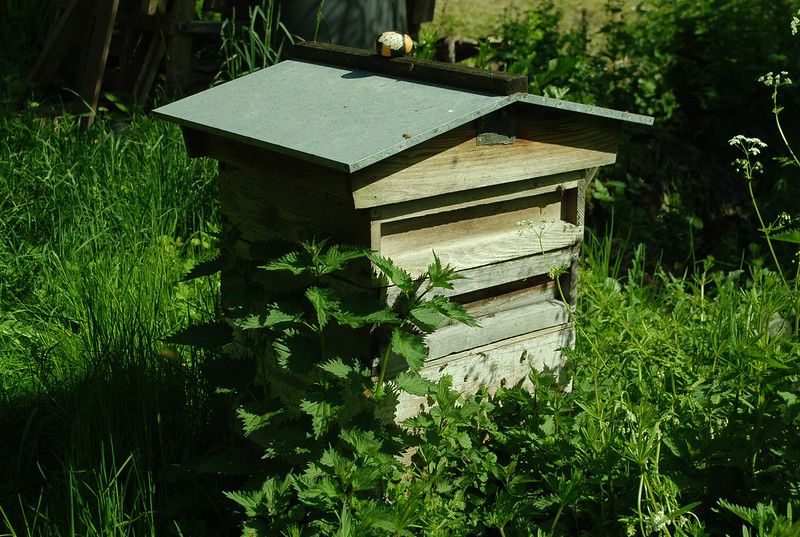 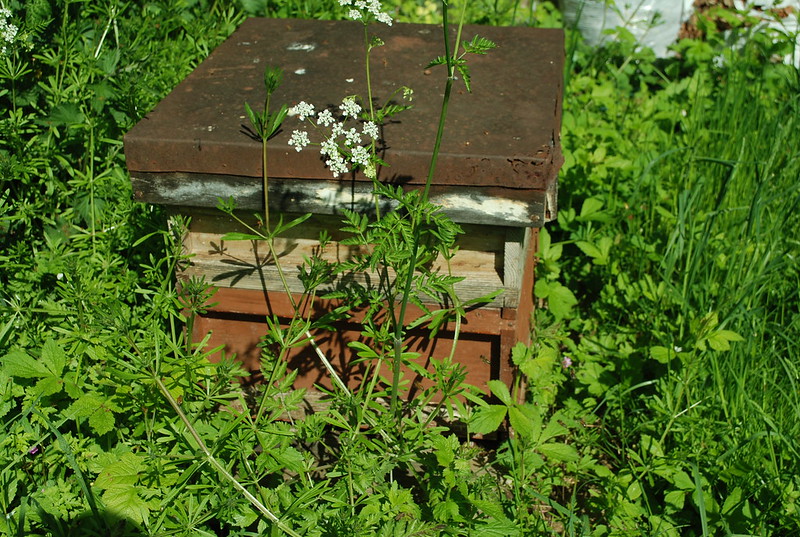 Here is the result. Its rather modest, just one super’s worth. Note the rather stained gloves; mostly propolis I would imagine. They desperately need renewing; the leather thins, and angry bees would probably have no trouble in getting through. Fortunately today’s bees, though provoked, were kind. 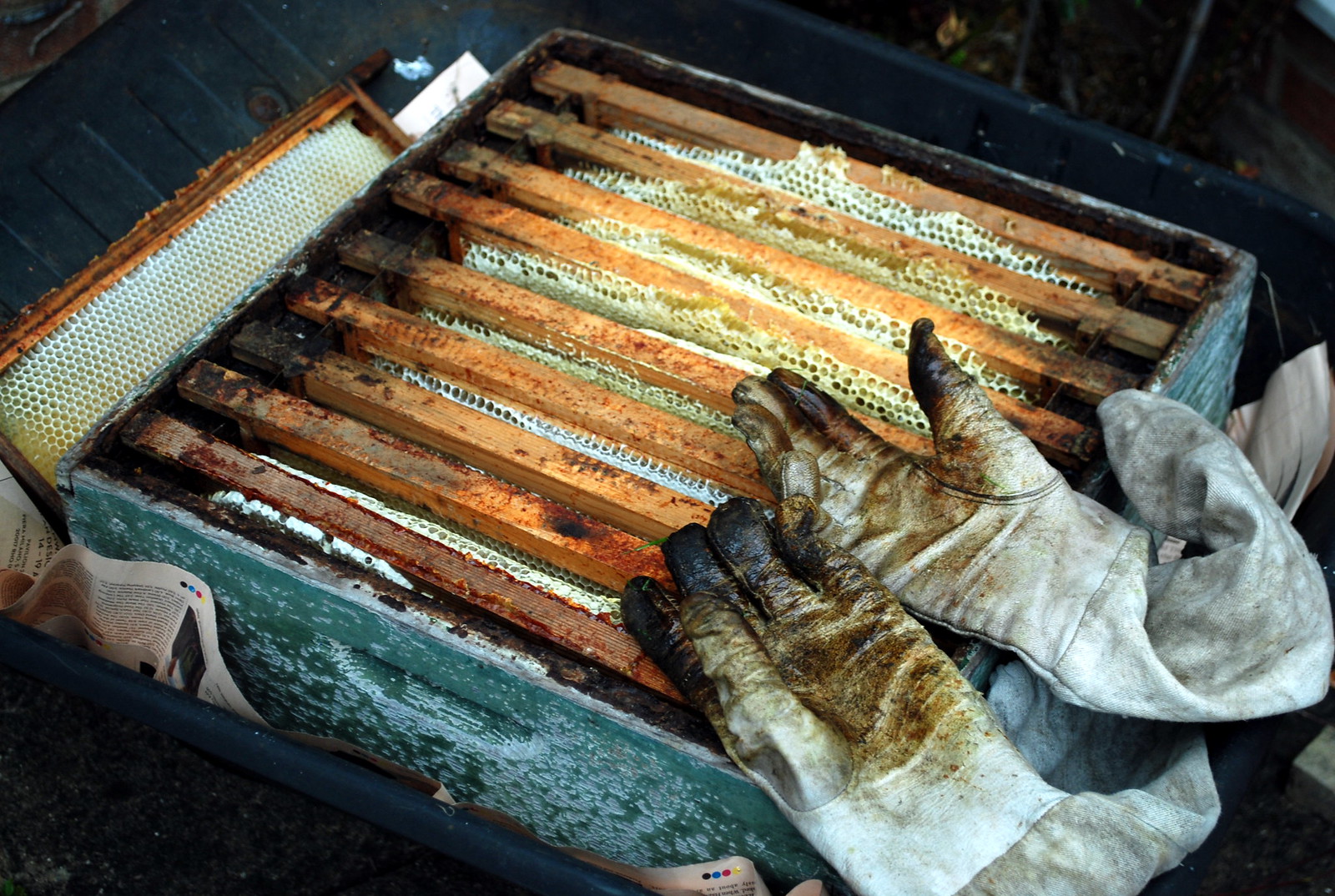 The super is from the main (slope-roofed) hive. There is a spare on top, but they haven’t filled that. The flat-topped hive survived the winter, much to my surprise, and is now thriving. Alas it has no queen excluder and so is now effectively a brood-and-a-half. They have done a splendid job in filling up empty space with gorgeous comb, but it has an arc of brood across it. I fumbled quite a bit playing with their comb; they were remarkably patient with me.

Speaking of patience, yes I’ve seen the recent wiki-silliness at WUWT; oh, how we laughed.

Update: one week on

I returned the spun frames. As it happened I gave them all to the flat-top hive, which I did first, and left the slopey hive alone; it was looking rather less vigourous; perhaps it had swarmed. For slopey I pulled out the frames with mixed honey and brood and put them on top of the new queen excluder.

* Bad Beekeeping, 2014. Which reminds me: I got another roof garden this year.