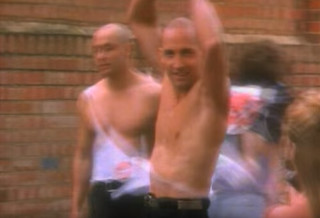 mt: Exxon knew, of course. Every decent geophysicist has known about climate problem for decades. How could they not know? All oil majors know.
me: Errm, this is what I’ve been saying for some time. I didn’t get traction, though. All govts knew, too, of course.
Gavin: I am too sexy for this conversation The issue is not that #ExxonKnew, but that #Exxonknewthenliedaboutit (possibly in contravention of securities law). At some point, Exxon went from standard industry bias to funding & putting out denialism that their folk knew was BS.
me: Yes, #Exxonlied is the correct tag. But I can’t get excited by securities law.
Eli: Not planning to retire, are you?
me: Yes but hope my pensions aren’t dumb enough to rely on company disclosures & instead do their jobs.

Before Exxon sue me to death, I should point out that I doubt that they actually lied about anything very much, and possibly nothing at all, directly. See What I said about Exxon sample 1 for how that kind of stuff pans out, though. But deliberately misleading people, and spreading FUD, and indirectly paying other people to lie for you isn’t morally distinguishable.

However, the #Exxonknew stuff is still bullshit. Just like that twat Boris it is popular bullshit, but that’s no reason I should like it, and no reason you should either.

The legalese argument – “oh dear, SC rules say that maybe Exxon should have said more in their annual filings” – is in my opinion only an argument you’d use if you’ve lost every other way. In practical, real-world terms, it is stupid. For two obvious reasons. Firstly, because no-one with any degree of sanity – certainly nothing as large as a pension fund – should have been relying on any company for full disclosure in their annual filings. That’s what these people have analysts for. If your pension fund is too rubbish to do due diligence, fire them and get another one. Secondly, because (as we all know) #Exxonknew is bullshit: because #Everyoneknew. It was full public knowledge, everything that Exxon knew, none of it was secret.

There, I feel better now. Rip me to shreds.

Gavin’s At some point, Exxon went from standard industry bias to funding & putting out denialism that their folk knew was BS is essentially correct, but I don’t think there’s any great mystery: the answer is Lee Raymond. No?s