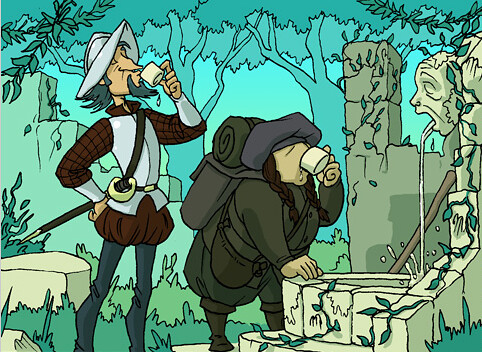 So says Victoria Herrmann in the Graun; with subheading These politically motivated data deletions come at a time when the Arctic is warming twice as fast as the global average. The alert will immeadiately wonder: do you mean citations, or data? Because they aren’t the same thing. Those even more alert will wonder “did you even mean citations, or just hyperlinks?” Such folk will not be enlightened by the rest of the article, which continues with paragraphs like:

At first, the distress flare of lost data came as a surge of defunct links on 21 January. The US National Strategy for the Arctic, the Implementation Plan for the Strategy, and the report on our progress all gone within a matter of minutes. As I watched more and more links turned red, I frantically combed the internet for archived versions of our country’s most important polar policies.

Is this the first sign of the much-trumpeted Trump Data Deletion, that I mocked so mercilessly? Or is it just one woman who is unable to write clearly? Before considering that, let’s do the ad-homs.

Who is Victoria Herrmann? She appears to be a Gates Cambridge Scholar, PhD Candidate 2014 – 2018 (Expected) at the dept of Geography and/or SPRI. You might well ask how that is compatible with her also being 2015—Present: President & Managing Director, The Arctic Institute. Well, she is USAnian, and Victoria is interested in exploring the nexus of climate change, human development, and public policy in the Arctic. Her PhD research focuses on how images and aesthetic codes construct values, identities, and ideas of power in the Arctic since the Second World War. From a young age Victoria’s grandfather, a Holocaust survivor, has inspired her to… which I think will do.

What has gone missing? Her first example is the “US National Strategy for the Arctic”. If you look in some places, like http://www.cfr.org/arctic/us-national-strategy-arctic-region/p30686 (archive) you’ll find it links to https://www.whitehouse.gov/sites/default/files/docs/nat_arctic_strategy.pdf which is indeed missing (archive, “Thank you for your interest in this subject. STAY TUNED AS WE CONTINUE TO UPDATE WHITEHOUSE.GOV”). But this – as all but the most hyperventilating know – is simply the new administration *cough* refreshing *cough* the whitehouse.gov website. And as we all know – for example, http://www.thearcticinstitute.org/us-national-strategy-for-arctic-region/ does – you simply need to update your link to https://obamawhitehouse.archives.gov/sites/default/files/docs/nat_arctic_strategy.pdf. Victoria Herrmann might not know this – she is, after all, just a naive managing director. But the Graun ought to know better; we’re back to memory-of-a-goldfish type stuff.

All her other examples are reports, too. And naturally when she says “citations” she doesn’t mean it in the usual academic sense, of citations to journal papers. Because obviously not even the rabidly paranoid think Trump is deleting back issues of Nature and Science. Not that she has published in either.

So I think she is a touch confused and unable to clearly distinguish data from reports, and citations from internet links. I’m confident, though, that her apparently-entirely-inaccurate piece will be much quoted. As she herself quotes We’ve seen this type of data strangling before. Just three years ago, Arctic researchers witnessed another world leader remove thousands of scientific documents from the public domain. In 2014, then Canadian prime minister Stephen Harper closed 11 department of fisheries and oceans regional libraries, including the only Arctic center. Hundreds of reports and studies containing well over a century of research were destroyed in that process – a historic loss from which we still have not recovered. But I think that’s largely made up too; or rather, she didn’t make it up, just credulously and opportunistically believed stuff she read that she wanted to believe. We’ve discussed this before, inconclusively, and no-one has presented any evidence that actual data was deleted, let alone “remove thousands of scientific documents from the public domain”.

23 thoughts on “I am an Arctic researcher. Donald Trump is deleting my citations?”