I’m delighted to announce that Roy Spencer has joined the select company of such as Lindzen (sea ice; also emeritus), Curry (septic capture) and von S (wikipedia) as a shark jumper. Its all there in full public view.

How Much of Atmospheric CO2 Increase is Natural?… Natural Variations in CO2 are LARGE… We should remember how much we have anthropomorphized recent warming: Human activities produce CO2 in reasonably well known amounts, humans do the monitoring of CO2, then humans do the modeling. Since we really don’t understand the natural sources and sinks very well — not to the <1% level needed to document that a “natural balance” exists (since human emissions are now close to 5% of natural sources and sinks) — we just assume they are “in balance”. There, problem solved. So, we impose a human explanation on what we observe in nature. A common tendency throughout human history. We are searching for answers at night under the only streetlamp where we can see.

I believe that pointing this out is part of the reason why Murray Salby got into trouble recently. The scientific community doesn’t take kindly to some of us suggesting nature itself might be causing “carbon pollution”. Baaad scientist.

Other than a direct reference to Beck, you really can’t do more.]

I was going to do you a nice Pathetic Sharks pic, but I got distracted by the Bottom Inspectors along the way. Sorry about that. 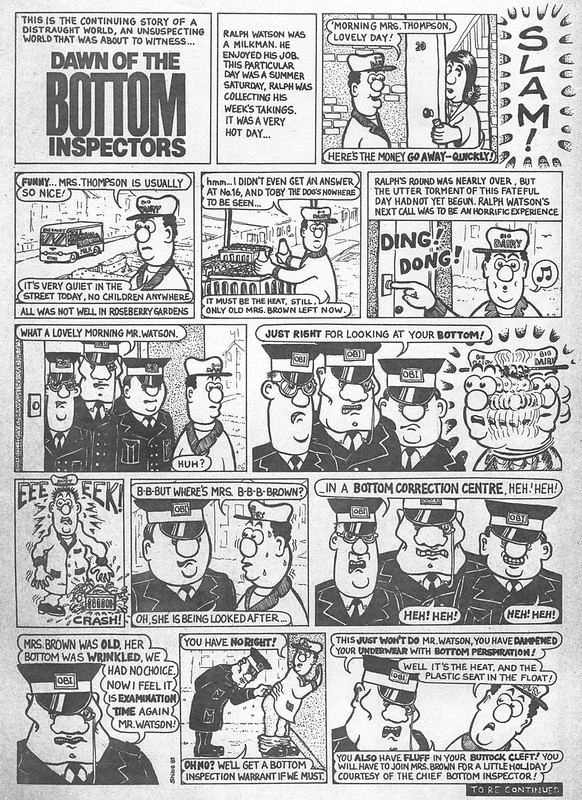 * Time to push back against the global warming Nazis
* It has not stopped
* Comment on “The phase relation between atmospheric carbon dioxide and global temperature” [by Ole Humlum, Kjell Stordahl, Jan-Erik Solheim] by Troy Masters and Rasmus Benestad: The paper by Humlum et al. (2013) suggests that much of the increase in atmospheric CO2 concentration since 1980 results from changes in ocean temperatures, rather than from the burning of fossil fuels. We show that these conclusions stem from methodological errors and…