Someone pointed me at Renewable energy ‘simply WON’T WORK’: Top Google engineers in El Rego, which is Lewis “you know you can’t trust me” Page’s take on What It Would Really Take to Reverse Climate Change by Ross Koningstein & David Fork. Who they? Dunno, but you can read what they say about themselves: Ross Koningstein and David Fork.

Before I begin, a question: “why now”? The Rego article is clearly in response to the spectrum.ieee article, which is about “RE<C”, which died in 2011. Poking around I come to google.com/green/energy/investments/ which makes it pretty clear that google is still investing in renewables; so the “its all a waste of time according to google” spin is clearly nonsense. Looking at the google page on RE<C doesn’t help. So, I’m a bit puzzled. The article ends by saying that they “dedicate this article to the memory of Tim Allen” so perhaps he’s recently died, and that prompted it? Paging JM…

Anyway, back to RE<C, a project named in order to irritate people writing html. The goal was to produce a gigawatt of renewable power more cheaply than a coal-fired plant could, and to achieve this in years, not decades or something like that. Not surprisingly, they failed. Perhaps they did some good work along the way, who knows. But AFAIK everyone expects making renewables competitive in the short term requires carbon pricing – for example a carbon tax. Moreover, a carbon tax – or, if you must, near equivalent – is actually desirable from an economic point of view; so designing a techno-fix without it isn’t obviously a good idea.

However, the article then starts to go a bit odd: Trying to combat climate change exclusively with today’s renewable energy technologies simply won’t work; we need a fundamentally different approach. Which isn’t at all obvious. They don’t demonstrate – or really, make any attempt to demonstrate – that just standard plugging-away-at-it boring improvements in solar panel manufacturing won’t make such competitive in time, turning “today’s tech” into a solution without any fundamentally different approaches. And they rather shoot the whole thing in the foot – or allow Hansen to shoot them in the foot – by having him say: His climate models showed that exceeding 350 parts per million CO2 in the atmosphere would likely have catastrophic effects. I can’t be bothered to look up if Hansen really did say this, or something that can be paraphrased as this, but its the sort of unhelpful thing that does get said.

So, meh. It all reads like excess techno-optimism, or perhaps like disappointed techno-optimism turned into pessimism. Consider Google’s approach to innovation… Wouldn’t it be great if governments and energy companies adopted a similar approach in their technology R&D investments? Hell, yeah! It would! And wouldn’t it be great if, like, everyone was nice to each other and wrote lint warning free code into the bargain? Well, tell that to the Russkies (the bit about being nice, not the bit about lint).

So what does combatting climate change need? I think sane government policy would go a long way – i.e., carbon tax instead of subsidising particular tech. It would certainly be cheaper than the current approach. And a variety of people, starting with the West, realising that their bloated consumerist lifestyles are pointless. But you could argue that’s about as likely as people being, like, nice to each other. 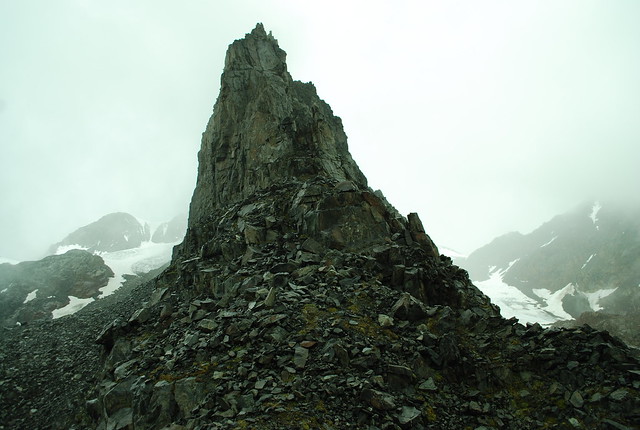 Its bigger than it looks, as the Bishop said to the actress. The start of the Grawawand from the Grawagrubennieder (it seems to have multiple spellings; anyway, the pass from the Neue Regensburger to the Dresdener). Somewhere behind it is the RuderhofSpitze, but that’s another day. No, I didn’t try to climb it, I went around to the left.

* German plea to Sweden over threat to coal mines – the fuckwitted Krauts discover the downside of turning off their nukes.

145 thoughts on “What It Would Really Take to Reverse Climate Change?”