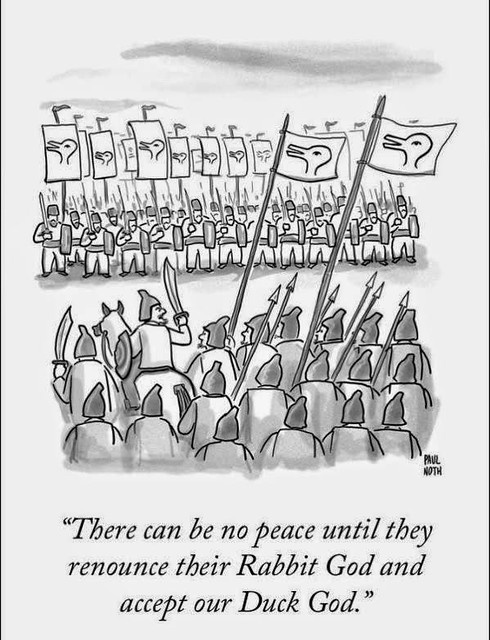 So there I was happily making cow pies in a muddy field when some Arthur King comes along and I’m reminded once again of the violence inherent in the system.

Which I think is about how seriously you should take Watt’s attempt to Godwin himself with the assistance of Ball. VVatts has a go, though. I’m with Sou re Betts etc.

Meanwhile, Bob Tisdale is a sock. He does assert directly its his real name; but I don’t trust him1.

The cartoon – with its implications of false balance – isn’t really appropriate; but I liked it anyway.

1 – I still don’t trust him, but his US copyright claim for Who Turned on the Heat? The Unsuspected Global Warming Culprit–El Nino appears to identify by (presumably) true name and address. 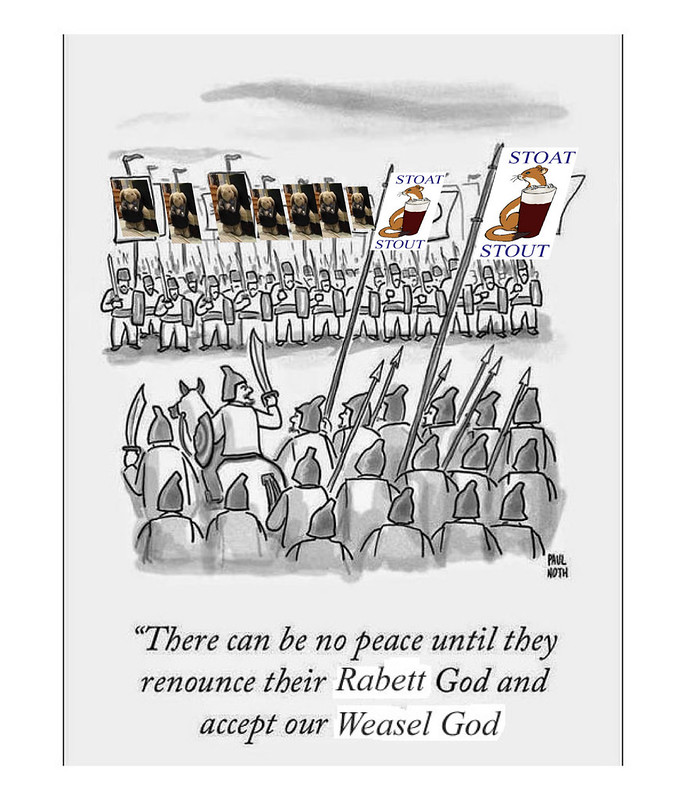 * UKIP warns of Schrödinger’s immigrant who ‘lazes around on benefits whilst simultaneously stealing your job’
* Court Filing: Tim Ball Not an “Authority on Global Warming” from QS.
* Eli has suggested a better image.