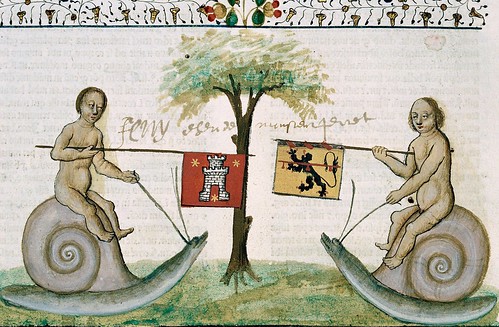 “Cainozoic” is a somewhat archaic word for Cenozic. But the paper in question is from 1976, so it is allowed to be somewhat behind the times. It is, as you’ll immeadiately recognise, Robert Carter’s most cited paper, with 154 citations according to Web of Science, or 193 according to Google scholar, but that is often a touch unchoosy about who it associates with. That’s a shade under 4 citations per year since published. My best paper for citations is Recent Rapid Regional Climate Warming on the Antarctic Peninsula at 644, but I’m not lead author. My best as lead is An Antarctic assessment of IPCC AR4 coupled models with 63 citations since 2007, or somewhat over 6 per year. Really highly cited papers – for example MBH ’98 – get nearly 2000 cites.

You take the point I hope: there’s nothing obviously distinguished about Robert Carter, viewed from his publication record. Note to those who are not and have never been in the game: yes, measuring success by citation count isn’t perfect, but there’s nothing better so everyone does it.

Another way to measure people is to read their obituaries and tribute posts. WUWT had an eulogy; for example. But notice what isn’t there: any mention of his scientific contributions or ideas. Heartland has pages and pages of people saying how great he was. JoNova, same. Not one of them mentions any original contribution to science. What they love him for is clear enough: his denialism. But that’s all they want him for; that comes across very clearly.

If you look at his scientific contributions, it is clear that his work on climate was negligible. What hope he has of an academic record rests on his geologic-type contributions. Which are precisely the ones those slavering over his corpse have no interest in. Particularly telling is the 2015 Winner of the Lifetime Achievement in Climate Science Award that Heartland gave him. Read it; weep; it is empty.

Let’s read the abstract from his most highly cited paper:

Sea-floor spreading data from the Southwest Pacific have recently been used to predict the Cainozoic geological history along the Indo-Australian/Pacific plate boundary. Geologic and sedimentologic data pertaining to this plate boundary where it crosses southern New Zealand, as the Alpine Fault, are summarised and discussed. It is concluded that there is a close accord between the plate-tectonic predictions and South Island Cainozoic geological history. In particular, (1) no Cainozoic plate boundary traversed the New Zealand region prior to 38 m.y. B.P. (late Eocene); (2) transcurrent movement on the Alpine Fault took place largely between ca. 30 m.y. B.P. (middle Oligocene) and ca. 10 m.y. B.P. (late Miocene); and (3) the period 10 m.y. B.P. to present corresponds to a phase of oblique compression, continental collision, and mountain building along the Alpine Fault sector of the plate boundary. There is a close correlation between the sites and histories of Cainozoic sedimentation and this tectonic timetable.

There you go. Just by reading that, you and I have shown more interest in Carter’s actual work than all the “skeptics” put together. It still gets cited; I think it has attained the status of “the paper you cite if you’re talking about that bit”; but I’m guessing; it is geology, after all.

This brings me to the last few ways of measuring someone’s contribution: by the influence of their work on the field; and by actually reading their work to see how good it is. As to influence, I’m too remote from geology to say; on climate science he had no influence at all. As to reading his work, no-one in the grand kerfuffle around his death is doing him the honour of even trying to read his stuff.

Minor: Carter’s wiki article used to say ” 2005 – Outstanding Research Career Award, Geological Society of New Zealand”. I’ve removed that because I can find no source for it that isn’t a mirror of Carter’s own puff pieces.

19 thoughts on “Cainozoic history of southern New Zealand: An accord between geological observations and plate-tectonic predictions”